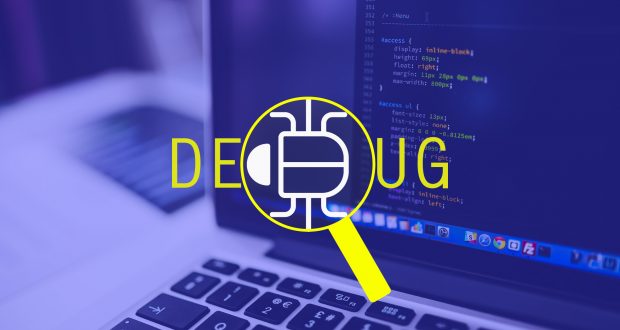 Posted by: Linux India in Linux Magazine July 28, 2021 Comments Off on The Code Analyser LCLint 0 Views

Debugging code is never fun, but this tool makes it a bit easier.

Soon after C was born without function prototyping, it was agreed that code debugging was an excessively complex task. As a result, a very powerful tool, lint, was created which was able to make a large number of static verifications of the code. This interesting program was written by S.C. Johnson in the early ’70s, and it was the first static code-validation tool.

With the creation of the ANSI C standard, some lint verifications became superfluous. However, lint continued to be used while other tools were being created. John Guttag and Jim Horning took a step forward by programming LCLint. In a rough approximation, it works the same way as lint, and lint’s users will need very little time to understand how to use it. However, with a bit of work, we can improve the detail of analysis we received from lint by using LCLint. Since its birth it has received the financial support of ARPA, NSF and DEC ERP.

Today, the LClint source code is freely available. It was written in C; therefore, anyone with a standard ANSI C compiler can recompile it for their machine. Linux users can download it as a tar archive file and as an RPM package. It is available in both source and executable format. Some distributions, such as SuSE Linux 5.3, currently provide it as part of the distribution. It can be downloaded from http://linuxdoc.org/.

The original lint has far fewer commands than LCLint, and all can be emulated using LCLint. That is why we can use LCLint to replace lint. Much of the difference between lint and LCLint is that lint’s annotations are related to minimizing the number of spurious messages, while LCLint’s annotations have more features, only some of which are used for this purpose.

The basic idea of LCLint is to run it on our code before compiling. lint will search for many possible bugs in the program and return its findings. However, the quantity of bug candidates, though larger than the -Wall option of gcc, is still small because LCLint makes an analysis of specified code, but does not know if that code was written according to its semantics. As a result, we can use LCLint in one of several forms. The first is to use it as a simple static analyser of raw code. Although, in this mode, LCLint recognizes many mistakes without a big-time investment in the process, it is recommended only for debugging code written by other programmers. This mode of analysis is not the best, because LCLint does not know the semantics used when the code was written and therefore it cannot discover if the program does whatever it theoretically is supposed to do.

When we wish to use it on our own programs, we indicate the semantics of our program through annotations which give LCLint more information on the program functions. LCLint uses that information for deducing whether the program does what we intended and not something else. This form of using LCLint allows us to reduce the debugging effort of large amounts of code with a minimal time investment. I will discuss some annotations to demonstrate the use of LCLint. For more information, read the manual.

A third analysis method is based on the specification of abstract data types. We can specify interfaces, functions, types and predicates using the pseudo-language LCL. LCLint will automatically generate the corresponding header files to such specifications and verify that the code agrees with these specifications. However, although LCL is an algebraic-specification language, LCLint will not prove theorems or properties, verify correctness or completeness of the algebraic definition, or generate code. It will generate headings and verify that the code corresponds to the algebraic definition.

Levels of Analysis Depth in LCLint

LCLint is a versatile tool because it can do code analysis at any level of abstraction we wish. LCLint has several levels of analysis, corresponding to a greater or smaller quantity of different checking techniques. These levels are:

In addition to these generic analysis options, for each possible check we have an option to enable one and disable another.

We can gain the best use of LCLint using an incremental approach. First of all, compiling the program using Wall can help us find the biggest errors; for example, truly strange operations with pointers or arguments passed to functions in the wrong way.

After this, we can begin with the weak analysis. If we use a naming convention—strongly recommended—it is a good time to use the flags to test that we used the right names and used variables and macros in the right way. This is a deeper level of analysis than we can do without annotations; if we used annotations, we can get that kind of analysis.

The highest level of analysis commonly used is checks. If we obtain only spurious analysis, it is time for dynamic debugging techniques.

The strict level of analysis is good for pieces of code where we cannot find an error that we know exists.

All LClint annotations have a common syntax, which is

All annotations are inserted within code in the same places we can insert comments; thus, its presence in the code does not affect normal compilation.

LCLint has almost a hundred commands. Some of the most useful ones are shown in the sidebar “LCLint Annotations”. We are not activating or deactivating types of checks with these commands, but enriching the code so that LCLint has information on the semantics of the program and is able to do its analysis more accurately.

David Santo Orcero (irbis@df.ibilce.unesp.br) is working on his Dr. Sc. degree in molecular biophysics at IBILCE (Brazil). (www.biocristalografia.df.ibilce.unesp.br/irbis) He received a grant for a FAPESP research project, “Parallel computational methods for molecular biophysics”. He does scientific research on tridimensional structures of haemoglobines and snakes’ toxins using a Linux cluster.