The /proc File System And ProcMeter

Posted by: Linux India in Linux Magazine June 5, 2021 Comments Off on The /proc File System And ProcMeter 22 Views

You may rely on your electronic Rolodex to organize your life, but Linux uses the /proc file system.

The /proc file system is a part of Linux that most people have not investigated deeply—perhaps may have never heard of. Like the kernel itself, it is a vital part of a Linux system. Yet its contents and its function are a mystery to most users. If the kernel is the brain of the operating system then the /proc file system is its personal organizer.

What Is the /proc File System?

All file systems are managed by the Linux kernel, which maps the data on the device into a usable form. The user-level programs that access the file system do not need to know how or where the data is actually stored. When a program reads from a file, the kernel manipulates the appropriate device to obtain the data. When a program accesses one of the /proc files there is no device; instead, the kernel supplies the information from its internal state. The files exist only while there is a program actually looking at them.

The /proc file system is a feature which Linux inherited from one of its Unix ancestors. There are two main dialects of Unix in popular usage: System V and BSD. The history of these two are not important here, except that System V contains a /proc and BSD does not.

What Is in This File System?

Everything that is happening in Linux. Every single program that is running, the entire contents of memory, the internal workings of the kernel—all the processes currently running on the system are contained in the /proc file system. proc is an abbreviation for process.

The most interesting files in /proc are listed below. This list was compiled from kernel version 1.2.13; other versions will be different. This is not a complete list, but contains only those files whose contents are obvious to casual browsers. A full description of the files can be read in the Linux kernel source code—a task not for the faint-hearted.

The contents of /proc are completely dependent on the processor architecture. (For example, the file /proc/cpuinfo is available only for ix86 processors.) The different types of hardware with which the kernel must communicate can also add files (e.g., /proc/pci on PCI bus computers). There are also files that are present or not, depending on which kernel options are compiled. (My /proc/modules is empty, because I did not compile in modules support.)

Some Common Files in /proc

You can look at the contents of these files yourself. Just type:

This table shows you how much memory you have, the amount you are using and how it is being used.

Of What Use Is All This Information?

Most people are using /proc without realizing it. The programs top, ps, free and their friends all use /proc. The information that they provide is taken directly from /proc and formatted for display.

Compare the contents of the /proc/meminfo file (above) with the command free that gives output that looks like:

As you can see, this table is just a formatted version of the contents of /proc/meminfo.

The output of the ps program is all available in /proc; all of the information is stored in the per-process directories. Most of it just needs to be reasonably formatted for the user.

ProcMeter is a program that monitors the information stored in /proc. The information is displayed in a number of graphs. Each of these graphs shows one aspect of the system. The program runs under X Windows on Linux only.

Anybody who has used xload, xmeter or perfmeter will recognize this description. The difference is these programs use a system-independent method of obtaining data, whereas ProcMeter was designed for Linux from the start. When ProcMeter is using /proc, it is occupying minimal memory and taking negligible CPU time. Once /proc is used, other ideas for obtaining data spring to mind. Looking at the table of /proc above, we can see there is a lot of useful information available.

What Can ProcMeter Tell Me?

The statistics available in ProcMeter can be divided naturally into a number of classes.

I have a ProcMeter window permanently open occupying the right-hand edge of the screen. Most of the time it is just taking up space, but there are times when it can be very useful.

When getting files via FTP from the Internet, the amount of packets sent and received can be monitored. When the packets stop coming, the transfer is finished or stuck. This is a good time to ping the FTP site to see if the route is still open.

Have you ever felt that the program you have just written is taking too long to run? This could be a symptom of running out of RAM and using swap space. Try looking at the mem-used, mem-free, mem-swap and swap graphs. A steeply rising graph will indicate a memory leak.

The latest version of ProcMeter is version 2.1, available as source code by FTP from sunsite.unc.edu. The file is called procmeter-2.1.tgz, and is in the directory /pub/Linux/X11/xutils/status. Alternatively, if you have WWW access, the latest information about ProcMeter is available on my home page at http://www.gedanken.demon.co.uk/, along with links to other sources for the program.

Andrew Bishop has been using Linux for 2 years. The original version of ProcMeter was the first program he wrote using Linux. He programs mainly in C, Perl and Emacs Lisp on Unix systems, often inventing his own version of the wheel as he goes. He can be reached by e-mail at ambi@gedanken.demon.co.uk. 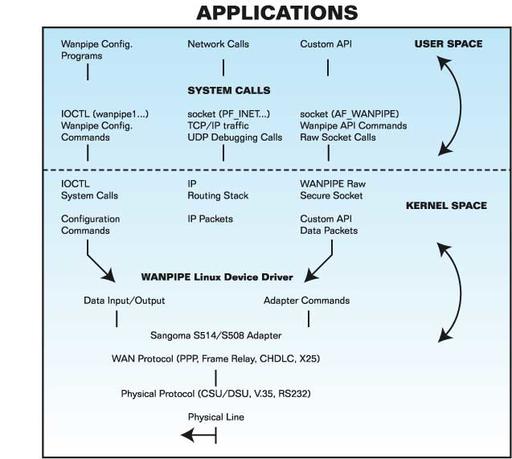