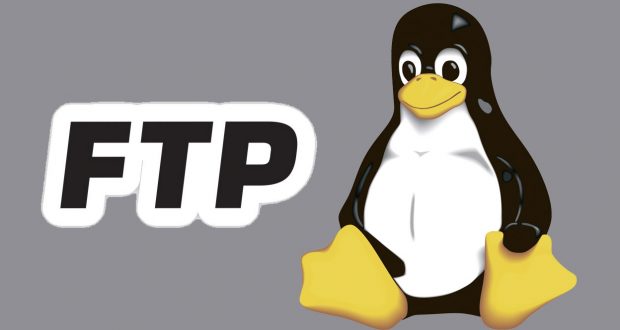 Why does running sndconfig get my Soundblaster 16 card recognized and up and running with the correct modules but destroys my Ethernet modules loaded by kerneld?

I have tried both my Intel Ether Express and SMC Ultra cards (not at the same time) and the same thing happens with both network cards as soon as sndconfig is run. Running the Kernel Daemon Configuration in X has no luck in getting the Ethernet module loaded again.

I’m not sure why it happens, but sndconfig basically just messes with /etc/conf.modules. You might want to back that file up, run sndconfig, backup the new file, and replace it with your old file. Then merge the sound config lines from the file sndconfig created into your original one. If that doesn’t fix it, chances are you have hardware conflicts with your sound card and your Ethernet card. If you have further problems, e-mail sound-bugs@redhat.com.

How do I set up openwin? I have a Trident 9750 card and a Cybervision C70 monitor, and I have tried numerous times using xf86config, but I cannot get it to work. I am relatively new to Linux. Thanks for all the help.

I’m getting ready to install a version of Linux. I’m leaning toward Slackware because I’m told it’s very powerful and not very fancy. I’m going for more of the learning factor by installing it.

Anyway, I was wondering if someone could basically explain the correlation between the different distribution names and the kernels. Are the kernels universal for all the distributions, or are they built separately? To what degree, if any, are they compatible? If they’re not, I may take a look at the available software before I install any one version.

Thank you very much.

Free software (in the sense of freedom) is developed by independent programmers or research groups, who donate it to the user community (sort of—authors do retain a copyright on the programs). A distribution is an independent effort to put together all of the needed software to build up a complete operating system with applications and all that’s needed. Usually, distributors modify some of the original packages to suit their view of the overall system. The kernel is one of the first packages you update; they are all compatible.

At application level, there is a lot of standardization between the different distributions (thanks to the “Filesystem Hierarchy Standard”, an accepted document), the only real difference being in the organization of their graphical tools to administer the system.

The distributions are built around the Linux kernel, but they each have their own way of doing installation, packaging and configuration. After one installs a particular distribution, they can download the newest kernel and install it themselves if necessary.

When doing an FTP install and encountering an FTP problem, the window with some detail of the problem is immediately overwritten by the FTP setup window. How do I determine the problem and attempt to fix it?

The FTP install tries to get each package twice. Once that fails, it errors out. Apparently the error window is getting overwritten with a new setup window.

In general, if you got an error like that, it means you lost your connection to the FTP server. There aren’t many other “errors” that can occur in the FTP install. FTP installs are not recommended over crowded networks (i.e., the Internet), because it’s getting impossible to reliably move 200+ MB of data without some sort of problem. Handling error conditions created by this situation during the install of a complete operating system is very difficult. The FTP install does work very well over local or semi-local networks where you are guaranteed at least some bandwidth.

First, edit your /etc/X11/XF86Config file and add another “Display” subsection to the “Screen” section. The subsection you add should look like this:

Then run X this way to tell it to use the 16-bit depth:

I am trying to buy an Adobe type 1 font (Caslon 224) for use with TeX on a Linux system. I called Adobe to order the font and was told, “We only sell products for Windows and Macintosh. We do not support UNIX”. I tried ordering the Mac version of the font. When the package arrived it had three floppies. Two of them hold Adobe’s ATM program, and Hfsutils could mount each of them on my Linux system. The third holds Caslon, and I could not mount it with Hfsutils or in any other way. In short, I see no way to get either pfa or pfb files for Caslon. I’ve spent several days poking around the Web, and I can’t find any references to this problem—let alone a solution.

I am nearly finished with a Linux application for an academic journal. It allows the journal to code articles, book reviews and other material in the journal. My program produces a TeX version of the journal, HTML for the parts that go on the journal’s web site, and index files compatible with 60 years of index data for the journal. I started the project with the understanding (from Walsh’s Making TeX Work) that TeX can use any Adobe type 1 font. Now, it appears that is only true on a Windows or Mac platform.

Am I missing something (perhaps really obvious)? If not, this looks to me like a serious problem for Linux users who want to develop and run commercial applications.

I agree with you, this is a real problem for Linux users. Commercial software packages tend to assume the user is not able to copy files around, so they encapsulate every data file into a proprietary format, and distribute their own executable programs to extract such data.

The right approach would be to distribute zip files, or another known data format, but everyone thinks they have the best format around, and they don’t care about real-world computer users.

Although I have never used Adobe fonts, I’m pretty sure that after installing them on one of the supported operating systems you’ll find the needed .pfa and .pfb files, which will work for Linux. This means you must first access a Windows or a Macintosh box to do the initial install of the fonts, then copy them to your Linux box.

[As a side note, SSC has used the Windows versions of the Adobe fonts on Linux quite successfully on our Reference Cards. —Editor]

I’m preparing to add a hard drive to my system. Is there a relatively easy way to migrate part of the file system to the new drive (/usr/bin) without a full backup or reinstall?

I need a program, script or information on how to get the pictures off of my Kodak DC20 digital camera. Yes, I have a Windows 95 CD and the twain software that came with the camera and plenty of hard drive space for a partition, but do I have to put Windows 95 back on my nice Linux box? I am new to Linux, but I want to use only Linux if I can.

“Unresolved symbols in module” warnings at boot time are annoying me.

I’ve heard of several workarounds for this problem, but never found a final solution. I’ve recompiled my kernel several times, going through the Makefile to check that all kernel options are fine. I’ve followed the make sequence correctly (which includes the compilation and installation of all modules from scratch). Yet, I’m always surprised by at least one of these warnings at boot-time. Rather than a magical solution, I would appreciate a good description of the problem (which I’m sure will help me solve this issue).

Thank you guys. Keep up the good work.

Kernel modules are stored in the /lib/modules directory in a subdirectory corresponding to the kernel release. So if you have just compiled kernel 2.0.33, the result of

would be to place all the kernel modules in /lib/modules/2.0.33. Unfortunately, if you already have a 2.0.33 subdirectory from a previous kernel compile or kernel install, these new modules will add to those already there. If some of the original modules were not compiled as modules or are not supported in the new kernel, they will generate an “unresolved symbols” error message when the new kernel is booted.

A safe solution is to always move the old modules directory to a neutral location, such as:

before executing make modules_install. It can be deleted later when you are sure you will not need the old kernel. This same error (and others) could be produced by failing to run

after a new kernel compile.

Answers published in Best of Technical Support are provided by a team of Linux experts.