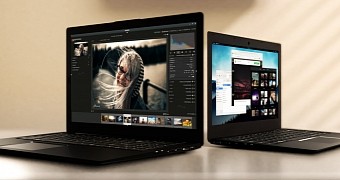 Posted by: Linux India in Linux Support February 27, 2019 Comments Off on Purism Announces PureBoot to Help You Better Secure Your Linux Computers 36 Views

Purism announced PureBoot, a centralized, highly secure, and complete boot process for its Linux-powered computers and everyone else who wants to better secure their Linux PCs.

Dubbed “the high security boot process,” PureBoot promises to be a complete and secured solution for more secure boot process on laptop and desktop computers that run a Linux-based operating system, including Purism’s Debian-based PureOS, which comes pre-installed with the Librem 13 and Librem 15 laptops.

PureBoot is not a new software, but a collection of software and security standards that Purism already uses on its Linux laptops, including the Librem Key USB security token, a TPM (Trusted Platform Module) chip, the coreboot free BIOS replacement, the Heads tamper-evident boot software, the disabled Intel ME (Management Engine), and multi-factor authentication.

With these, PureBoot promises not only to put in full control of the boot process of your Linux computer, but also to protect your from various threats, including but limited to data theft, kernel rootkits, BIOS malware, Intel Management Engine risks, government interdiction, as well as any other tampering that may occur during the shipping process of your Linux PC.

“In Purism, we believe that you deserve security without sacrificing control or convenience: today we are happy to announce PureBoot, our collection of software and security measures designed for you to protect the boot process, while still holding all the keys,” said Kyle Rankin, Chief Security Officer at Purism.

Purism says that its PureBoot high security boot process will be included by default with all new shipments of its Librem laptops, and plans to make it easier for existing Librem laptop customers and Librem key owners to upgrade to PureBoot in the coming months. The latter should expect the general availability of PureBoot in the second quarter of 2019.

To better understand how PureBoot works and how it will ensure high standards of security for the boot process of your Linux computers, we recommend studying the official documentation. As Purism, we can’t thank them enough for the great work and innovations they are doing for the Open Source software and GNU/Linux communities