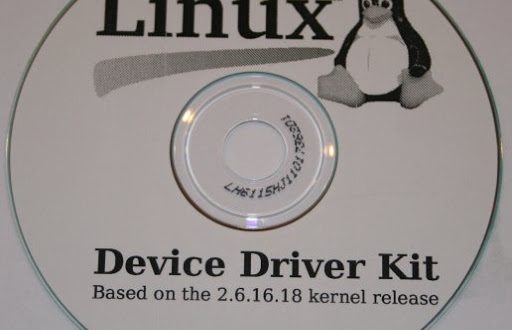 Tuning the Kernel to Recognize RAM

How do I get Linux to recognize more than 64MB of RAM? I presume I may need to tune the kernel. How do I do this? —Edward Longstrom

Forcing the Issue from LILO

The reason Linux does not recognize more than 64MB of RAM is actually related to limitations in BIOS. You can force the issue from LILO with an argument of mem=??M, where ?? is the amount of physical RAM in the machine and M stands for Megabytes. To make this automatic, add that line to the block defining the specifics for each boot (image) configuration. —Dan Lark, SuperNet of Las Cruces, Inc dan@netsteps.com

I have a Toshiba XM-series CD-ROM that is not recognized by the kernel. I thought it was a standard IDE/ATAPI drive. What could be causing this? —Scott Herscher

If you don’t know how the CD-ROM is connected, it is safe to try them all. You can then add this as an append line to your lilo.conf. An example would be:

Are there any FAQs about setting up Netscape 2.02 with Linux? After you unzip Netscape where do you put the files? When I set up Netscape 2.02 it gives me the error message cannot find lib.so.4. Any ideas? —Marc A. Krushelnyski

First of all, I recommend using 3.0. You can get an ELF version that won’t take up nearly as much memory and won’t cause the missing library problem you mention. Second, the README that comes with Netscape tells you where to put the files. I’d put the Netscape binary in /usr/local/bin, then put the zip file in the recommended location. —Donnie Barnes, Red Hat Software redhat@redhat.com

I installed PPP support from the control panel, but when I want to access the pppd in /usr/sbin I get the message THERE IS NO PPP SUPPORT IN THIS SYSTEM. I tried to install ppp-2.2.0f.tar.gz to see if that would help, but it didn’t. I checked the /proc/net/dev file with a cat command but all I saw was a column of:

and so on with many zeros. What must be done to correct this problem? —Dominik Barth

You either didn’t install ppp-2.2.0f properly, or you didn’t compile PPP support into the kernel. A standard distribution kernel should have PPP compiled in, so I would guess your pppd install went wrong.Most likely, you either didn’t make install, didn’t do make install as root, or your old pppd binaries live in a different place from your new pppd binaries and the path for the old binaries comes before the newer one in your PATH environment variable. —Bert Vermeulen bert@cnct.com

I cannot set up pppd to connect to my ISP. Chat script is simple in principle but in reality it is impossible to decode and make work. Is there a simple dialup program, preferably in X-Windows, that will solve this problem? —Ken Kim

Making Your Own Chat Script

Chat is actually easy to understand. My advice: get rid of those 50-line ppp shell scripts and make your own chat script instead. The man page for chat is very good.The easiest way to do it is to just log in to your ISP manually (e.g., with minicom) and write down the login sequence exactly. Watch out for uppercase/lowercase mistakes! —Bert Vermeulen bert@cnct.com

How do I get Linux to recognize my 2.0GB Maxtor drive? I have a 486dx66 with 8MB of RAM and a 1993 AMI BIOS that doesn’t recognize the larger drives requiring me to use On-Track for DOS. Would a new BIOS solve the problem? —Scott Sharpe

Your problem in this case is the On-Track software and DOS itself. DOS suffers from a lack of foresight. Any disk is made up of a combination of cylinders, heads and sectors per track. For an operating system to be able to operate a drive, it must know these values, called the “geometry” of the drive.DOS was originally written quite some time ago. The function that it uses to determine the disk geometry returns the number of cylinders in a value 10 bits wide. As anybody up to speed with their binary knows, this allows a value from 0-1023.As drives have grown, these values have also risen. Modern hard drives, those that are generally above 500MB in size, have more than 1024 cylinders, causing problems with DOS.There are two solutions. One is compatible with Linux, and the other is not. The most common today is to use Logical Block Addressing (LBA). This is typically provided by the computer’s BIOS as a feature to handle larger drives. What it does is double the number of heads and halve the number of cylinders “logically” so that DOS can operate on a drive physically outside its capability. The BIOS handles the translation on the fly, and DOS is none the wiser.Linux will operate quite well with this scheme. It simply does not use that function, and instead determines the geometry itself. However, this is not compatible with the other method, that of using disk management software to handle the problem.Disk management software works in much the same way that the LBA mode does, but it relies on a piece of software loaded in memory when the computer boots. Since Linux (or any other operating system besides DOS) will not load this driver, it cannot read a disk controlled by the manager software.Your best solution is to replace your BIOS, or buy a new motherboard with a newer BIOS. Either solution is probably just as good. Since a BIOS upgrade is a rare event, companies typically charge high prices for them. You may be able to find a 486/80 or something even faster for approximately the same amount of money it would cost you to upgrade your BIOS. —Chad Robinson, BRT Technical Services Corporation chadr@brttech.com

My portmap process keeps generating zombie processes, but I can find no reason for it—any ideas? —Chris Kolosiwsky

Previous: A Brief Introduction to XTide
Next: Disk Maintenance under Linux (Disk Recovery)