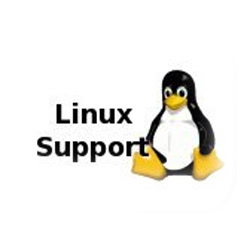 I have an HP Pavilion that comes with an on-board ATI video card. I now have a Matrox Mystic in the computer, and when I try to run X, I get the message “configured devices not found”. I think the HP is not recognizing the Matrox, but with the way the HP is set up the on-board disables itself when you install another video card. How can I make Red Hat 5 work correctly? Thanks a bunch.

Sounds like the X server is still configured for the on-board video controller, which you say is now disabled. X won’t find your new video card automatically. Try reconfiguring your X server for the new card.

Would it be possible to give a user a login name which consists of more than eight characters? For example, “fujigaki” and “mayuzumi” are quite popular family names in Japan. We wish to give them “hfujigaki” and “cmayuzumi” where the “h” and “c” are the first characters of their first names. In some UNIX systems, it is possible to do that. On the other hand, the default adduser command does not seem to support this extension. It would be great if this could be done.

The latest glibc libraries (found in Red Hat Linux) allow a user name of up to 32 characters. The adduser (as well as other shadow utilities) script you’ve mentioned does indeed have a limitation, but it should not be that hard to modify it or create your own.

Whenever I try to start X, I get an error message stating there isn’t enough space in the /tmp directory. I’ve removed everything from that directory, but I still get the message. Is there any way to increase the size of this directory or at least force X to run? Thanks.

You don’t need to make space in the /tmp directory only—you can also free up space elsewhere on the same file system. On my computer (which is also running low on space), df reports the following:

Is there an up-to-date list of supported, recent hardware? How can I find out if Linux will run on a new computer configuration?

Your answer will determine whether I give my 486 to my brother-in-law or keep it as a Linux box.

Thanks for your time.

You should check the Hardware-HOWTO on all the LDP mirror sites. However, I’m pretty suspicious of recent hardware; hardware manufacturers are always creating new stuff, and they rarely offer a Linux driver for their products. Linux support usually arrives later than the hardware product, but unless you play video games, you never need the processing power they’re trying to sell you.

I prefer to buy my hardware from Linux-aware computer shops: that’s the only way to be sure I won’t be throwing the whole box in the wastebasket.

I have an HP Laserjet 2p. The installation of Linux went well but when using lpr to print out a file, I get approximately three lines of unformatted text. At other times, I get no output at all. The entry in the printcap file that refers to the Laserjet yields two names: lp and hdj:\. When hdj is entered as printer name, the system states that device is unknown. When the -P option is used, printer problems persist, i.e., they are unchanged. I am a Linux novice and I could use some help. Thanks for your input.

This happens because the printer uses the DOS convention for newlines: \r\n (return, newline), while UNIX text has only a \n at the end of each line.

You should either filter the text through unix2dos (or through sed) or avoid sending unformatted text to the printer. I use the a2ps (ASCII to PostScript) filter and then ghostscript to convert PostScript to a PCL print file.

Setting up non-PostScript printers as if they were PostScript is quite easy with modern distributions. Look for the “Magic Filters” package and install it.

I have upgraded my PC’s memory from 16MB to 72MB. Although the BIOS and Win95 recognize the extra memory, Linux appears not to see it. Using utilities such as free and top show a total of only 16MB of available memory. My PC still performs as it did when I had only 16MB installed.

Is there something I must do for Linux to recognize the new memory?

LILO’s configuration file may be explicitly setting the available memory to 16MB. To see if this is true, check the file /etc/lilo.conf for a line that looks like this:

As root, change this line to read:

Then, run /sbin/lilo (also as root) to make LILO reread the edited configuration file and reboot.

I have a modem connection at work on a MS Windows NT/4 server. When I try to connect with PPP, I never get the login prompt. Once the dial up is done (using seyon), the connection hangs up. I guess NT is using RAS rather than the regular PPP. Do you know any way to set up the connection with NT?

Thanks for your help.

Here is an example of what can happen if your pppd does not include ms-auth-chap support—server asks for ms-auth-chap:

so NT closes the line.

Let me start from the beginning. One day I booted my computer and received a message saying “remove and insert new disk” or something similar. I played around with the CMOS setting and checked the hardware to make sure no wires had fallen out. I ended up formatting my c: disk, and up until this time, I could still use Linux. I received the same message, but I could load DOS from a boot disk.

The next time I tried to load Linux at the LILO prompt, it said “loading……..” and hung. I then tried to use a Linux boot disk and got the message “cannot initiate console”.

I am finding this to be a big problem, as I cannot access the files on either my Windows 95 partition or my Linux partition. If you can give me any help with fixing my Linux problem, I will be very grateful.

The process of booting Linux on the PC platform is a bit intricate, mainly because of the peculiarities of the platform.

LILO loads the kernel using a list of disk blocks it built beforehand (when you ran /sbin/lilo, the map installer). After loading the blocks, it jumps to the kernel image; but if you moved the kernel after running /sbin/lilo, the loader will jump to nonsense program code, thus hanging the system.

Boot floppies, on the other hand, come in different flavours. The message “cannot open an initial console” means the kernel was loaded just right; it mounted a root file system, but couldn’t open /dev/tty1 or /dev/ttyS0. I’ve seen this happen when mounting the /home partition as the root file system (there was no /dev directory).

Restoring a Linux installation is not trivial, especially if you have no other Linux box around. Short of finding a local Linuxer, try the /usr/doc/lilo*/README or my article “Booting the Kernel” in the June 1997 LJ.

When I’m recompiling my kernel, I get a virtual memory exhausted error. It seems to happen when the compile is around the floppy.o section. When I use a different boot kernel (bare), it gives me a fatal signal 13.

There are two common causes of this kind of problem.

You did not specify how much RAM nor how much swap space you have. Compiling the kernel is a CPU/memory intensive task, so if you do not have enough physical memory, your system will start using the swap space. If this swap is used up, strange things, such as the one you mentioned, can happen.

Red Hat 5.0 comes bundled with Metro-X, a high-powered graphics server, and I have had a lot of problems getting it to run. A friend of mine running Linux said there is a bug in Red Hat 5.0 that prevents the necessary symbolic link from being created. I tried to correct it using the following command:

This didn’t solve the problem. When I try to start Metro-X my screen goes blank, and a few seconds later, the prompt returns with no error messages.

Can you help me solve this problem? Your help is greatly appreciated.

If that is exactly what you typed, you missed something crucial: a semicolon (;) before the ln (this separates the rm command from the ln command). Worse, you also removed the Xmetro binary!

To fix it, use rpm or glint to reinstall the Metro-X package, then re-run the command with a semicolon before the ln.