Linux India
Home » Linux Support » Linux Lite Users Are the First to Try Linux Kernel 5.0, Here’s How to Install It 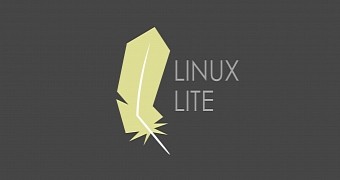 Linux Lite Users Are the First to Try Linux Kernel 5.0, Here’s How to Install It

Posted by: Linux India in Linux Support March 6, 2019 Comments Off on Linux Lite Users Are the First to Try Linux Kernel 5.0, Here’s How to Install It 41 Views

Linux Lite users are among the first to try the recently released Linux 5.0 kernel on their computers powered by one of the supported Linux Lite releases.

Released last weekend, Linux kernel 5.0 is a major milestone with minor improvements. Linux Lite developer and founder Jerry Bezencon is usually among the first to offer a new major kernel series to his users, and you can now install the Linux 5.0 kernel series on Linux Lite 4.x and 3.x series.

Highlights of Linux kernel 5.0 include FreeSync support in for AMD GPUs for a stutter-free viewing experience on LCDs with dynamic refresh rates, a new energy-aware scheduling feature for ARM big.LITTLE CPUs, support for swap files in the Btrfs file system, and support for the Adiantum file system encryption for low power devices.

Here’s how to install Linux kernel 5.0 on Linux Lite

If you’re running Linux Lite 4.x or Linux Lite 3.x series, you can now install the Linux 5.0 kernel on your computers by going to Applications Menu > System > Lite Tweaks and selecting the Kernel Installer. Alternatively, you can run the commands listed below in a terminal emulator.

Once the Linux 5.0 kernel packages have been successfully installed, you’ll have to reboot your computer for the changes to take effect. Of course, we remind you that you should only install this kernel if need support for some specific hardware components that aren’t supported by older kernel versions.