Once again, it is time to present our annual awards to those we feel deserve recognition for their contributions to forwarding the Linux cause in the real world. 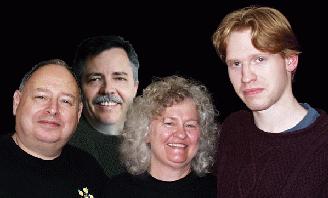 Welcome to the 1999 Editors’ Choice Awards, brought to you by the same cool cats who bring you Linux Journal. This has been an extremely exciting year for the world of Linux in all areas. We have witnessed an explosion in many areas, and the spirit of open source is stronger than ever throughout the entire community. Last year Netscape brought open source to the masses, and we are stronger now in numbers and spirit. This year saw major improvements to the various distributions, a wildly successful IPO, and more attention from the business world and software firms than for other platforms, not to mention the successes of the kernel developers and the proliferation and growth of projects. As for the Editors’ Choice Awards, there were many qualified candidates, and while sometimes the winners were obvious, other times we had to choose the best among peers. Here are our choices, we hope you agree with most (or at least some) of them!

Product of the Year: Caldera Linux 2.3 for LIZARD

Caldera with some help from TrollTech has finally delivered what Linux users and Linux critics have been asking for—easy Linux installation. Not only does LIZARD (LInux wiZARD) make a complete installation with an easy-to-use graphical interface, it automatically probes hardware and installs while you are making configuration decisions about the system. Recent major improvements include automatic detection and support for sound cards, as well as releasing LIZARD as open source under the QPL. LIZARD makes Linux installation practically automatic, setting a new standard across the Linux world. Now Linux is more accessible than ever. And, the Caldera figures who come on during installation are so exciting, we in editorial have been known to install Caldera over and over again on the same machine just to watch what we call “the Ransom dance”. Thank you Caldera and TrollTech. 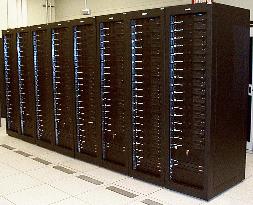 VA Linux Systems has developed the most advanced Linux Beowulf cluster and requisite management software. ClusterCity is the name of the system, and VACM (pronounced “vacuum”) is the management software released under the GPL. Not only is the cluster convenient and flexible (rack mounted with easy access to components, as opposed to many clusters which are dozens of desktop boxes stuck together consuming a lot of space), the VACM software represents a major leap forward in cluster management technology. ClusterCity and VACM are to be formally unveiled at SuperComputing 1999. One outstanding (and rather “modern”) feature is that VACM allows complete remote access to everything, including the BIOS configuration, RAID control, power, system diagnosis, as well as the usual cluster management activities. As Linux storms the server world and marches across the desktop, VA is leading the charge into commercial supercomputing. ClusterCity is already in use by numerous scientific and Internet organizations. 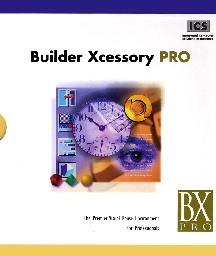 C/C++ equivalent for Linux. BXPro and Code Fusion are distribution independent, the former being a fast GUI builder and the latter being a complete C/C++/Java IDE which mostly cooperates with the open-source world of Makefiles. Flexibility and cooperation deserve recognition and help to make top-of-the-line software even better. In fact, one of the rare good qualities of MS products is that they cooperate well with each other (though they tend to be most disagreeable with everything else), so let’s see if we can win here too. Even though many are opposed in principle to commercial software, these products set an example for open-source coders—if successful, these products could become models for future projects. In the meantime, let’s see what software gets written with these excellent development applications. 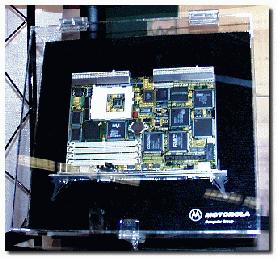 Lineo, which recently branched off from Caldera, has delivered Embedix, an embedded Linux OS based on Caldera OpenLinux. Contrary to the trend of making enormous distributions with more packages than the competitors, Lineo concentrates on packing more Linux into smaller packages. The modular kernel is designed for OEMs to have an easy time adding the software they need, and Lineo provides EmbedixSDK as an embedded software development platform for writing and testing software before embedding it. Currently, Lineo and Caldera are working with Motorola, with others to come in the near future. Embedded systems are going to be a major frontier, and one might speculate how far embedded Linux will go? Could it become even more successful as an embedded product than as a desktop OS? Very likely, exciting times are ahead. Check out our October 1999 issue for an interview with Lineo’s Lyle Ball (hint: it’s the issue with Lyle Ball on the cover with a Motorola box). 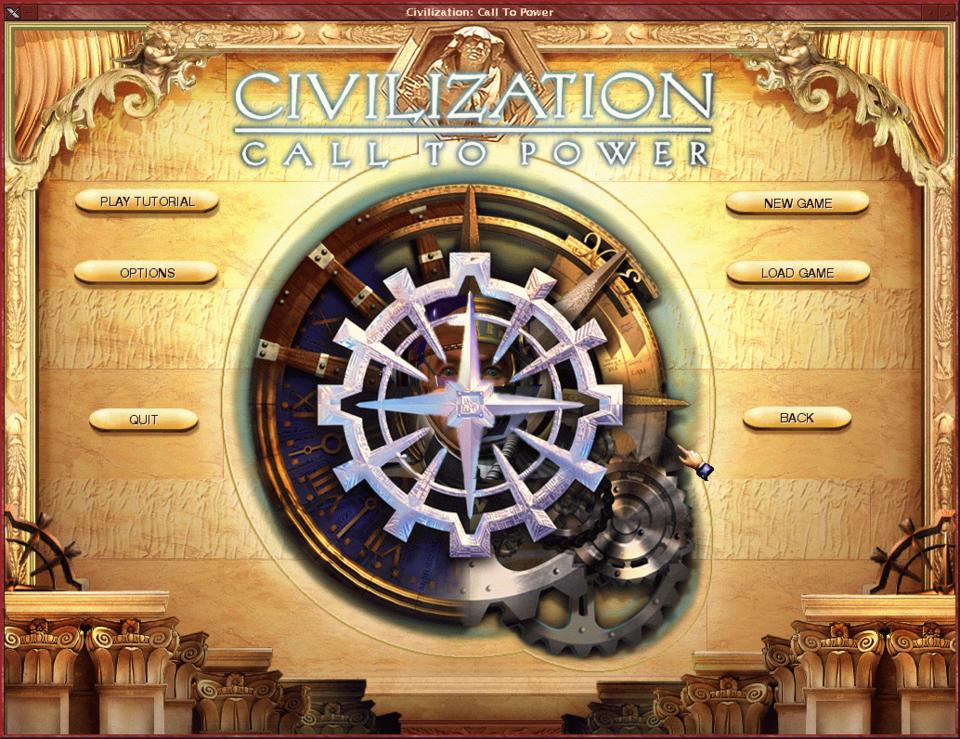 Congratulations to Loki Entertainment for its excellent port of the current incarnation of what is probably the ultimate world-domination game. Civilization is the first commercially available, high-quality Linux game (with possible exceptions depending on your point of view), which hopefully will usher in a new era in Linux—the proliferation of games. Nothing makes a better “killer app” than a killer game. Loki has already delivered more ports of top-quality games, including Myth II and Railroad Tycoon and is at work on Heavy Gear II and Heretic II. Linux Journal interviewed Scott Draeker (founder of Loki) and Sam Latinga (lead programmer) in the August 1999 issue. “Civilized gentlemen” was the verdict. 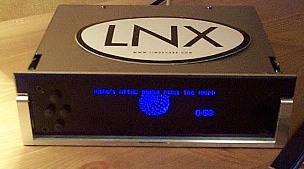 Empeg Ltd. of the UK has developed an mpeg player for your car, embedded with Linux. Why Linux? Because they “like it a lot, and worship Linus on a daily basis at our own personal shrine,” says their tech page. Empeg uses a StrongARM processor and a big hard drive and has a toolkit for Linux and an interface so that Windows users can load their favorite mpegs (depending on the model, up to 500 albums) into the player. Linux hackers, we’re sure, can figure out what else to do with it. The system features 18-bit DACs, 5-band EQ for each of the 4 channels, an FM radio, bass, treble, loudness, balance and fader controls, and gold-plated connectors, among other things. Although the Windows interface is more full featured than for Linux, the developers use the Linux interface. Empeg proves the viability of Linux in small, embedded gadgetry. 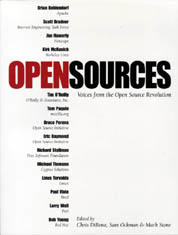 Open source is the revolution, a movement which could restructure and reshape the digital-information age the way the 1960s revamped Western society. Despite its occasional factual inaccuracies (which have a charm all their own), this book collects several essays from the important figures at the head of the GNU/Linux Open Source scene. Although many excellent technical manuals were introduced this year, a comprehensive collection of open-source insights and philosophy means more to the community at large than any one, single technical manual. We are in the midst of a revolution, a period in the history of computers which hopefully we can appreciate before it is over and we look back on it. Open Source is a movement which runs much deeper than many of us appreciate, encompassing those who are concerned with the capability of producing high-quality, powerful software, and those who uphold freedom, community and principles as the core of the philosophy. This book helps us to appreciate the true meaning of our movement. 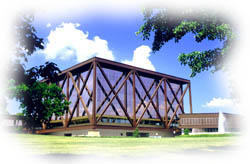 Inspired by summer interns who wanted Linux on their workstations, Burlington Coat Factory installed 1,250 Linux machines from Dell in its 264 stores. In spite of popular allegations that Linux is unsupported and has no software, Red Hat is providing the Red Hat Linux distribution and technical support, while Applixware is providing the business software and additional support. Burlington Coat Factory CIO Mike Prince has long been known for his ability to pick up on technologies early; his track record includes adopting UNIX and Java long before everyone else, for example. Once again, Linux is proving itself in an extremely successful company, with Red Hat and Applixware showing that Linux firms are enthusiastic to provide software and support. More people may come to embrace Linux not only as a moral alternative to proprietary software but as a practical business solution, viable even for businesses that aren’t high-powered computing firms crawling with engineers.