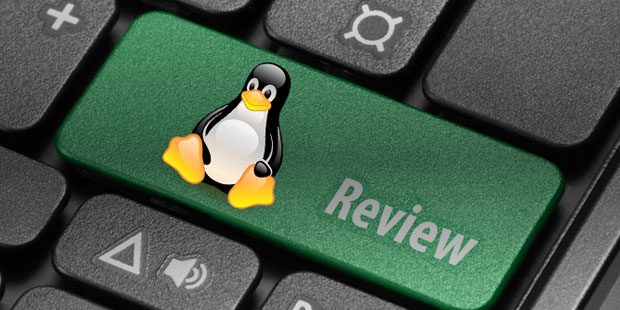 Working with the Linux operating system offers a never-ending series of alternatives. One of the greatest benefits of using the Linux desktop is that you are never at risk of vendor lock-in or of being stranded if your chosen distro flavor suddenly sours.

Take Redcore Linux, for example. Redcore is not a household name among typical Linux users. Neither was its predecessor, Kogaion Linux.

Redcore Linux is based on Gentoo Linux, and it continues the design strategy of Kogaion Linux. Now defunct, Kogaion was under development from 2011 to late 2016. Its demise led to the birth of the Redcore Linux Project.

The Kogaion distro was a member of the Gentoo Linux family. When Kogaion developer RogentOS Development Group discontinued the distro, a new community of developers formed to pick up the pieces and issue a replacement distro. That saved happy users from having to stray too far afield in looking for a similar Gentoo Linux alternative.

Redcore Linux 1812, released Feb. 6, provides a back-to-basics OS that adheres closely to the principles of Gentoo Linux, developed by the Gentoo Foundation. Gentoo Linux distributions differ from other Linux families with respect to how their package management system works.

Redcore is a solid performer with a no-nonsense approach. Its two desktop options are diverse. Yet they are blended to give you a comfortable, aligned user interface.

The Gentoo Linux family is built using the Portage package management system, which is not a binary software distribution. Instead, the Portage method compiles source code locally, according to the user’s preferences. Often, Gentoo distros optimize the software for the specific type of computer.

Redcore Linux shares the same idea that fostered the Kogaion distro. Its goal is to bring the power of Gentoo Linux to the masses.

Redcore installs quickly, courtesy of the Calamares installer. It delivers a pure Gentoo Linux system that does not require users to spend countless hours compiling from source code and reading the documentation.

To achieve this goal, Redcore Linux provides a repository with prebuilt binary packages. The developer pushes continuous updates via a rolling release model.

Redcore Linux targets casual laptop and desktop users. It also targets workstation power users to some extent. This distro is attractive to users looking to fill their gaming, multimedia, office and Internet browsing needs. Some development tools are available.

Redcore Linux 1812 comes in two flavors: KDE Plasma and LXQT, both only 64-bit. The KDE option is a recent addition that gives added functionality to the previously one-desktop distro.

If you fancy new desktops, keep your eyes on Redcore Linux. A third desktop option is on the horizon.

Redcore developers are working on a release based on the Lumina desktop, according to the Redcore website.

Lumina is a lightweight, modular, plug-in based desktop built using Qt. It is primarily built for BSD-based (Berkeley Software Distribution) operating systems. it also runs on Linux, including Fedora, Arch and Ubuntu.

Redcore’s new second desktop option, KDE Plasma, is a bit more feature-rich. It is built around a design that lets users run a large library of screen widgets to add functionality, along with numerous user interface goodies activated by hot corners and special menus.

The LXQt desktop is uncluttered and simple to use. No applets or application icons pin to the screen or the panel bar.

You can configure the panel at the bottom of the screen to display widgets such as a workspace switcher and various system monitors. The main applications button sits at the far left end of the panel. 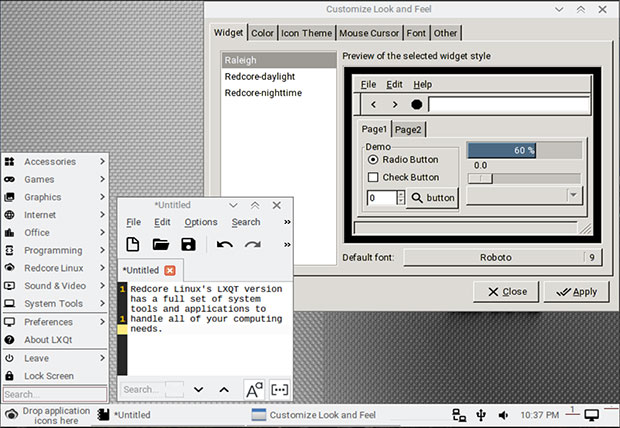 The LXQt desktop is uncluttered and simple to use. The settings panel makes it easy to adjust the look and feel of the desktop.
– click image to enlarge –

The menu itself is somewhat sparse. A few applications are provided to get you working immediately after installation. You can launch a few Web tools and a browser right away. A tidy collection of accessory and productivity tools is included as well.

The more recent changes in the KDE Plasma desktop left me wanting an alternative. The KDE integration in Redcore Linux is much more sensibly designed. It seems that Redcore’s developers wanted to keep the overall look and feel of the two desktops consistent.

That plan worked. The desktops are aligned visually to support a common look and feel, but the core elements of each desktop are retained.

For example, both the KDE and LXQt desktops have the menu button in the same place — the left end of the panel bar — and the panel is located at the bottom of the screen. That might be a radical design shift for a KDE configuration.

KDE in Redcore uses the same style panel as the LXQt edition and is at the bottom of the screen. The system trays in both configurations show nearly identical icons and tools.

Another consistency in the Redcore design is the use of menu launchers for KDE interface features at the right lower corner and the top right corner. No slide-out panels from the side edges of the screen are used. 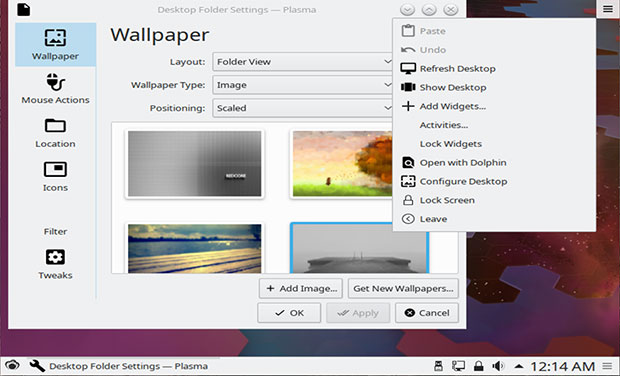 The KDE desktop provides desktop controls via the hamburger menu button in the upper right corner. Other KDE controls are activated by the menu button on the far right of the bottom panel.
– click image to enlarge –

The most impressive aspect of how both desktop releases reinforce the notion of Redcore being one OS is the near identical collection of applications preinstalled. This is something that most Linux distros offering multiple desktop releases fail even to attempt.

For example, KDE is notorious for having its own extensive apps that follow the Plasma look and feel. Scroll through the application menus of both Redcore releases. You see nearly the exact same two-column menu structure and the same software titles.

You do not see many KDE-branded apps. You will see the same few Qt-specific settings and system apps in both the LXQt and the KDE versions.

Perhaps the weakest link in an otherwise satisfying OS is the in-house package manager, Sisyphus. It is to adding and removing software in Redcore Linux what the Portage package manager is to Gentoo Linux.

Sisyphus is little more than a wrapper around the Portage manager plus Gentoolkit and Portage-utils. That combination provides an interface similar to the apt-get or yum-alike command structure.

Sisyphus is functional but remains a work in progress. If nothing else, it gets the job done in assisting newcomers who transition from Debian- and Red Hat-based systems to Gentoo.

Sisyphus is the tether line that binds Redcore Linux to the Gentoo Portage tree. The Redcore-desktop overlay and the Portage configuration are always synced with the binhost repository. It keeps track of every package installed through sisyphus-cli, sisyphus-gui and Portage itself.

I like the overall look and feel of Redcore Linux. I generally do not use Gentoo-based Linux distros.

However, this distro does a good job of leveling the field of differences among competing Linux families. I especially like the way the LXQt and the KDE Plasma desktops have a noticeable common design that makes the Redcore distro stand out.