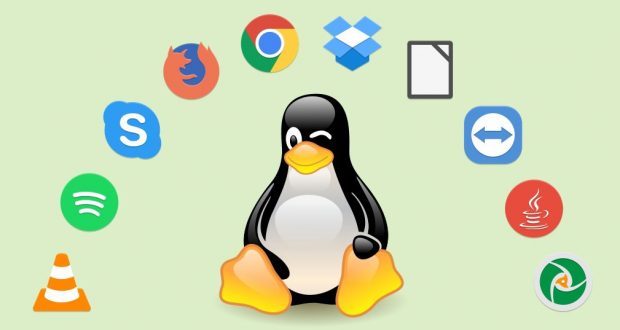 Linux Server for a Home Network

Posted by: Linux India in Linux Support August 25, 2021 Comments Off on Linux Server for a Home Network 0 Views

I am facing a problem with COAS. I can’t open the user creation tool. I deleted all lock files but still can’t open this tool. What is the problem? —Anil Nair, anicmair@usa.net

This is a well-known issue covered in FAQs. Basically, you need to remove /etc/shadow- and /etc/ptmp. For details, do a search for COAS at http://support.calderasystems.com/. —Andy Bradford, andyb@calderasystems.com

I have a Wordperfect CD and am trying to install it. I have made a Wordperfect subdirectory. Then I issue the following command, to begin installation:

The error message I receive is as follows:

I switched to the CD-ROM subdirectory and issued the following command:

Are you sure /dev/cdrom is a symlink to a real CDROM block device such as /dev/hdcx ? Try:

Try this: mount /dev/cdrom /cdrom instead of mount/dev/cdrom/cdrom. Mount is the command, /dev/cdrom is the device and /cdrom is the directory. Between these three entities, there should be a space. —Paulo Wollny, paulo@wollny.com.br

Setting the ServerName for Apache

I installed an apache 1.3 from a Debian package. I used the command apachectl start and it sent me the following message:

What is the ServerName directive? I found a line about ServerName in the httpd.conf; is that what the message meant? I tried to set ServerName to root, then 127.0.0.1, then localhost, then daniel54 (the name of my machine at the prompt): nothing works. Apache gives no useful message; it just tells me httpd won’t start. Is there a way to deactivate the Ethernet card without removing it physically? —Daniel Meilleur, daniel_meilleur@hotmail.com

You’re on the right track—ServerName is indeed in httpd.conf. You need to give it a name to run as that matches a DNS entry. The easiest way to do that is to set up /etc/host.conf with an order hosts,bind line to force it to look in the hosts file first. Then set up /etc/hosts with a line that reads 127.0.0.1 localhost daniel54. You can deactivate a network card at any time by typing ifconfig eth0 down, replacing eth0 with the appropriate value if you want to shut down eth1 or higher. —Chad R. Robinson, crobinson@rfgonline.com

Is there any method of installing Linux to operate as a Dumb Terminal so that the PC boots into Linux, auto logs on and launches a pre-configured application?

My idea is to configure some Thin-Client workstations using Linux as the OS and Citrix ICA client as the only application.

Ideally, the PC would boot to Linux, log in as a dummy user and launch the Citrix ICA client. —Stefan Ostadal, sostadal@gate.co.uk

You can do this simply by understanding how INIT works. When you boot your system normally, INIT will read /etc/inittab, which tells it to execute certain scripts. It also tells it to start a few getty processes, which allow you to log in. All you need to do is add an entry that runs your application, rather than getty. Note that INIT itself is already logged in as root, so there’s no need to execute log in in this case. Please note that this is a terribly insecure method of operating, so it’s advisable ONLY for your specific case—a thin client for which local security means nothing. —Chad R. Robinson, crobinson@rfgonline.com

I have 4.0 gigabyte HD that is running Linux right now. How can I install Windows98 and have a dual boot system? —Navin Maahdkar, nrm@mindpsring.com

The easy way would be to boot with a Linux or Windows CD (or disk) and use fdisk to create a FAT32 partition for Windows and ext2 and swap partitions for Linux. You could then install Linux and Windows98 in the order you prefer. One warning though: if you plan to install Windows after Linux do not forget to create a Linux boot disk in order to reinstall LILO in the MBR and be able to dual boot again. The Windows installer will erase it. The “hard” way would be to use Partition Magic to rearrange the +space without having to reinstall Linux again. Be sure to make a backup before doing either. —Mario Neto mneto@argo.com.br

You need to have some space on your HD to install Win98 in the first partition. If not, you should install Win98 on another disk defined as master (or re-install everything!). Then you should configure LILO to set up dual boot. Something like this in the /etc/lilo.conf:

Linux Server for a Home Network

I want to configure RHL 6.1 both as a server for a small home network (eth0) and as a dial-up client to my > ISP using dhcp (ppp0). What should my network configuration (i.e., DNS, gateways, routes, etc.) look like? —Tom Dolan, tdolan@erols.com

I just installed Red Hat 6.2 and it worked fine. When booted, my system prompted LILO and boot Linux in Red Hat. I changed LILO to boot DOS. Now when I boot my system I get a C prompt. How do I get my Red Hat back? —Pablo, sonicmaster@teleweb.pt

You should use your Linux boot floppy to reboot under Linux. Then edit your lilo.conf to set up dual boot and validate by typing lilo as root. For example:

I am having a problem with my end users trying to receive and send their mail. My mail server is working under Linux Op. All users receive the message, The server could not be found (Account “Sendmail” SMTP Server; mail, Error number 0x800ccc0d). —Walter Minja, waminja@yahoo.com

Because of the error message you mention, it looks to me like your users are using a Windows client. You need to properly set up. For outgoing mails, set the SMTP IP address on each PC to the IP number of your Linux box in your local area network. For incoming mails, the POP IP address should be set up with the same IP address of your Linux box. Bear in mind that POP3 service must be installed and enabled (with an uncommented “pop-3” line in /etc/inetd.conf). —Felipe E. Barousse Boué, fbarousse@piensa.com

I cannot get the rawrite program to work on any of my systems. I tried the autoloader from the Corel distribution, but all I am able to do is get to the point where they give the option to either install from the CD or create a boot disk. When the option to create a boot disk is selected, there is an error of some sort with the system not being able to transfer the boot image to the floppy. When the option to install from the CD is chosen (I have ensured that the computer’s bios has the CD boot option selected), it reverts to the other boot options (floppy or C: drive). I have tried executing the rawrite program after booting my system with a Win95 boot disk but have no luck with either distribution.

My computer systems are all intel cpu-based, and the distributions I have are the i386 distributions. —Robert Cordner, clevon@hotmail.com

Assuming all files were downloaded (transferred) correctly, to generate a boot disk, the only file you need is the one named boot.img or bootnet.img (the latter for installs through a network). Transfer this file with ftp using BINary mode. After you get this file, which is pretty small (around 1.4 Mbytes), from DOS use the command: rawrite, which will ask you for the file name to write to the disk, prompt you to insert a disk and write the file you just downloaded to the disk generating an install disk. Of course, the rest of the distribution’s files would be needed, so, download them all using BINary transfer as well, or if you use the bootnet.img image file, you may be able to install through a LAN if you are on one. —Felipe E. Barousse Boué, fbarousse@piensa.com

Previous: An Introduction to MSERV
Next: Focus: Kernel Internals