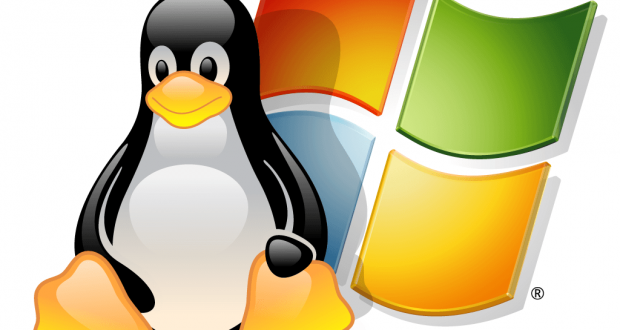 I am currently looking into the possibility of using a touch screen for my system. Which touch screens are supported by Linux? —Cheng Yap Red Hat 4.2

Touch screen support depends on the X server you are using. I’m not sure which (if any) touch screens are supported by XFree86. If a commercial server is an option, Metro-X has support for some touch screens. You can get more information about it at http://www.metrolink.com/. —Steven Pritchard, President Southern Illinois Linux Users Group steve@silug.org

There is not yet a standard for touch screens. Each manufacturer has different requirements and features. They also have different methods of communicating “touch” information to the PC.

Your best bet is to find a touch screen that communicates using one of the common mouse protocols. You then hook the screen (or cover that slips onto a screen) to a communications port on your PC and install GPM or tell X to use that port as its mouse port. —Chad Robinson, BRT Technologies Senior Systems Analyst chadr@brt.com

I have a Linux machine on the same network as a few Windows NT 4.0 machines. I’d like to convert more machines to Linux boxes but can’t, at this time, so I want to share resources between these machines. How can I easily share files between Linux and Windows NT machines? Also, can I share printers?

Ideally, I’d like to get the Linux machine to act as a file server for the NT workstations, since I didn’t shell out the extra for NT Server. Is this possible? —Alex Tan Red Hat 4.2

SAMBA can give you the exact functionality you describe in your e-mail. Using SAMBA you can configure your Linux box to act both as a file and printer server for your NT (or Windows 95) machines. For more information about installing and configuring SAMBA check the SMB-HOWTO in your /usr/doc/HOWTO directory. —Mario de Mello Bittencourt Neto, WebSlave System Administrator mneto@buriti.com.br

I recently purchased Red Hat Linux 4.1 and I want to install Perl. I have no idea of how to even begin. I’ve been told that I need to download it first. Do I? From which site? Is there documentation on step by step installation? —Enrique Estrada Red Hat 4.1

You’re in luck, because Perl is already a part of Red Hat 4.1 . If you did a standard installation it is probably already installed. To confirm this, at the shell prompt type:

If perl is installed, it will report back the current version number. If it was missed during the installation process, you’ll need to read up on using the Red Hat Package Manager (RPM) to install it from the disks.

If you want to download the latest versions you can pick them up from many different sites. The web pages at http://www.perl.com/ are a great starting point. —Vince Waldon vwaldon@redcross.ca

I’m very satisfied with my S.u.S.E. Linux distribution, but I’m not able to make my Soundblaster 16 PnP (plug and play) work. Do you have any suggestions? —Stefan Stahl S.u.S.E. 5.0

The best solution for me was to use Pnp4Kernel. You can get it from the Red Hat Linux-PnP web page (http://www.redhat.com/linux-info/pnp/).

Is it possible to get a laser printer that only supports Windows 3.1, 95 or NT working under Linux? All drivers are normally installed in the Windows directory and the printer is not able do anything without Windows. —Jan Rooijackers InfoMagic April 1997

That depends entirely upon your printer’s facilities. First, run a quick test from MS-DOS. Click Start, Shut Down and then Restart in MS-DOS mode. At the command prompt, type:

replacing lpt1 with your printer. If your printer produces a printout of your autoexec.bat file, you know your printer does not require special software to function, and Linux should be able to operate the printer without difficulty. If it does not, it’s possible that the manufacturer (to save money) has removed functionality from the printer itself and placed it in the driver, in the same manner that the “WinModem” was created.

If you are able to print without the driver, you should then look to see what command set your printer emulates. The industry standard is Hewlett Packard’s PCL. Many printers directly support this standard or can be configured to support it. —Chad Robinson, BRT Technologies Senior Systems Analyst chadr@brt.com