The Graphical Desktop Korn Shell (DtKsh) is a featured part of the Common Desktop Environment (CDE). DtKsh provides a consistent and reliable graphical Motif shell language that is supported on all CDE-compliant systems.

Portability and pervasiveness are two important characteristics to consider when you are developing code. Using a programming language with a well-defined and stable application programming interface (API) answers the need for portability. A programming language with a large, established installed base provides pervasiveness. Although Perl, Tcl/Tk, Common Gateway Interface (CGI) and Java have large installed bases, they are not suited for some projects. The reason for this is their inconsistent installation base due to the lack of a well-defined or rapidly changing API.

The Desktop Korn Shell (DtKsh) that comes with the Common Desktop Environment (CDE) is built on the ksh93 standard with X, Xt, Motif, ToolTalk and CDE built-in APIs. Unlike Perl and Tcl/Tk, major vendors have built and supported DtKsh through the CDE initiative. Using DtKsh, desktop programmers can develop and/or prototype plug-and-play Graphical User Interface (GUI) applications that are compatible on all CDE-compliant systems without compilation. Although DtKsh applications are interpreted for portability, they can easily be migrated to Motif in C for performance.

Tcl/Tk can be ported to C with the aid of special Tcl/Tk libraries; however, programmers are as disadvantaged with the C Tcl/Tk libraries as they are with the Tcl/Tk shell, because of a not-so-standard application programming interface. DtKsh, unlike Tcl/Tk, provides a well-established API set where the programmer’s knowledge transcends from C to shell programming.

Desktop built-in commands: Korn Shell provides some standard X, Xt, Motif, POSIX internationalization and CDE C language APIs directly built into the shell. Direct access to these APIs from the shell provides a significant runtime performance improvement for DtKsh shell applications. Using the standard X and Motif APIs, with some semantic changes to the source, makes it possible for DtKsh shell scripts to be migrated to C and compiled.

The familiar “Hello World” Motif application, shown in Listing 1, is actually written in DtKsh instead of C. Similar to C, we initialize the top-level shell widget, then start building the GUI application. Listing 1 shows a standard Motif message dialog using the familiar XmCreateMessageDialog API. In DtKsh, handles to widgets can be retrieved, widgets can be managed and unmanaged, and callbacks can be created. Afterwards, the program enters into the Xt Intrinsic’s main loop via XtMainLoop where it processes X protocol events. In this case, clicking on the OK button would be an event processed by the event loop.

The Motif “Hello World” DtKsh application in Listing 1 can be easily ported to C with a few minor changes, shown in Listing 2. By adding some include files, defining some variables, adding some commas and semi-colons, and sprucing up some arguments, we have a C program. The result is that DtKsh shell scripts make the same API calls as the C Motif application.

AIX provides some extra DtKsh help through a GUI builder. Developers can drag and drop widgets onto a canvas, then add logic code to enable the application to do some work. Like any GUI builder, the code is somewhat verbose; however, it is consistent and portable. AIX is the only version of UNIX that offers this feature.

Developers can create their own new APIs for DtKsh by creating glue-layer libraries. Glue-layer libraries enable DtKsh to be extended with built-ins for functions such as system management and networking. The performance advantage of using built-in functions rather than calling to an external command is that built-ins execute within the process of the shell script. Commands that are called externally must create new resources in the operating system and run as separate processes. DtKsh glue layer libraries pass arguments between a normal UNIX C library and the DtKsh shell, and they return a success or failure status. The following list provides a few rules for creating a glue layer:

Listing 3 shows a DtKsh shell script that dynamically loads the “example” shared glue-layer library. Once the glue layer library is loaded and the new built-in APIs are defined, the script can make direct calls with arguments to the new built-in functions. In Listing 3, the example built-in is called with the “Hello World” arguments.

By providing in-line built-in functions, we can run scripts much faster because we are not relying on outside programs running as separate system erocesses. Listing 4 shows the C glue-layer for the example built-in shared library. Following the rules outlined above, we prefix the example function with a b_, and we pass in an argument vector and its size. After the function has done its work, we return 0 for success and a positive integer for failure. DtKsh built-in functions can also act as procedures that pass environment variables in and out through its argument list. See Desktop KornShell Graphical Programming by J. Stephen Pendergrast, Jr. [Addison-Wesley, 1995] for more details on how to pass and retrieve environment variables from built-in procedures.

Based on Korn Shell 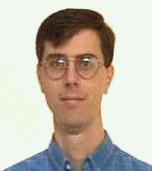 George Kraft is an Advisory Software Engineer for IBM’s Network Computer Division. He has previously worked on CDE V2.1 and V1.0 for IBM’s RS/6000 Division and on X and Motif for Texas Instruments’ Computer Systems Division. He has a BS in Computer Science and Mathematics from Purdue University. He can be reached via e-mail at gk4@austin.ibm.com.

Brian Masney Issue #61, May 1999 A description of POSIX thread basics for C programmers. ...