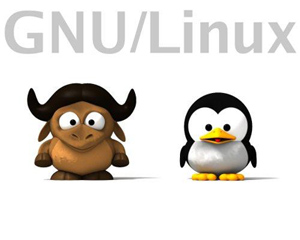 Linus Torvalds ..we can call him as the founder of Linux. He was a graduate student at University of Helsinki in Finland when he initially developed Linux kernel. The story took place in early 1990‘s. In that time the available Operating Systems were DOS,Mac OS and UNIX. Lets meet another guy named Prof.Tanenbaum who was a university Professor. He used the code of UNIX to teach his students about Operating Systems,That time UNIX code was available on universities for study purposes. However this practice had been stopped. This left Mr.Tanenbaum without an effective tool to teach his students about the inner workings of a real Operating System. But he developed a small clone of UNIX by himself called MINIX for teaching his students.
Linus Torvalds was inspired by Tanenbaum and MINIX . Then Linus made a clone of UNIX and called it LINUX. The first version of Linux was extremely minimal in nature. It named as Linux version 0.02 and released on Oct 5 1991, consist of Linux kernel and 3 utilities (bash- a command line interface,update-a utility to flushing file streams and gcc- a cpp compiler) .Then he made a historical decision —he published his code on internet available free for everyone. That was a wonderful deviation by which The cooperate software development model had been completely broken. Let us discuss about GNU to continue the story….
GNU is a movement started by a programmer called Richard Stallman at Massachusetts Institute of Technology in 1980’s. He proposed an alternative to the standard cooperate development model. In 1983 Richard came up with GNU project. It was centered on the idea Free and Open Source Software(FOSS) so that the source code of software should be available free for everyone and anyone can modify and reproduce with distribute it.
Now back to Linux. Linus and Richrard moved together and the OS started known as GNU-Linux. Linux itself licensed under GNU General Public License(GPL). The important factor about GPL is that the the source code need to be remain free anyone who wants it . As a result of it anyone can download ,modify and re-run Linux kernel free. The Big software dealers like Windows ,apple etc comes under EULA(End User License Agreement) which prevents the user from OS recompilation .
When Linux was introduced first on early 90’s it was treated like yawn. The big software companies not even noticed it. They considered it as a stupid plaything. As The time progressed it has been developed to such an extend that many companies replaced their OS completely to Linux in order to enhance security and strengthen it. In India Educational institutions like IIT s turned into LINUX. The reason behind the success is the Transparent nature of Linux..Now it is our turn .Don’t fear to accept new good changes. Choose the best .:-)

Apache and Linux make the task simple
Who’s Using Linux?
How can I contribute to Linux?
2016-01-20
Linux India
Previous: 10 Reasons To Switch Over To Linux OS Right Now
Next: What are all the advantages of using Linux rather than Microsoft Windows?