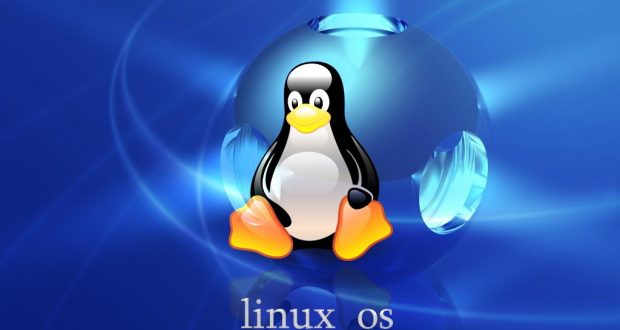 XML has been attracting a lot of attention recently. This article provides a five-minute overview of XML and explains why it matters to you.

The Standard General Markup Language is about two decades old. SGML was originally designed for processing large documentation sets, but SGML is neither a programming language nor a text formatting language. Instead, it’s a meta-language that allows defining of customized markup languages. The most famous SGML-based language today is unquestionably HTML.

Because SGML has been around for two decades, many companies offer SGML tools and products and it’s firmly entrenched in many high-end document-processing applications. SGML is quite a large language; however, understanding the basics isn’t very difficult. It does contain many rarely used features which are harder to understand. Implementing a full SGML parser is difficult, and this has given SGML a reputation for fearsome complexity. This reputation isn’t truly deserved, but it’s been enough to scare many people away from using it.

XML, then, is a stripped-down version of SGML that sacrifices some power in return for easier understanding and implementation. It’s still a meta-language, but many of SGML’s lesser-used features and options have been dropped. The XML 1.0 specification is about 40 pages long, and a parser can be implemented with a few weeks of effort.

An XML document consists of a single element containing sub-elements which can have further sub-elements inside them. Elements are indicated by tags in the text, consisting of text within angle brackets <…>. Two forms of elements are available. An element may contain content between opening and closing tags, as in <name>Hercules</name>, which is a name element containing the data Hercules. This content may be text data, other XML elements or a mixture of the two. Elements can also be empty, in which case they’re represented as a single tag ending with a slash, as in <mortal/>, which is an empty stop element. This is different from HTML, where empty elements such as <BR> or <IMG> aren’t indicated differently from a non-empty element such as <H1>. Also unlike HTML, XML element names are case-sensitive; mortal and Mortal are two different element types.

The rules for a given XML application are specified with a Document Type Definition (DTD). The DTD carefully lists the allowed element names and how elements can be nested inside each other. The DTD also specifies the attributes which can be defined for each element, their default values, and whether they can be omitted. For example, to make a comparison with HTML, the LI element, representing an entry in a list, can occur only inside certain elements which represent lists, such as OL or UL.

The document-type definition is specified in the DOCTYPE declaration; the above document uses a DTD called “mythology” that I invented for this article. The “mythology” DTD might contain the following declarations:

I won’t go into every detail of these lines, however, lines beginning with <!ELEMENT are element declarations. They declare the element’s name and what it can contain. So, the myth element must contain one or more name elements, followed by a single description element, followed by an optional mortal element. (+, * and ? have the same meanings as in regular expressions: one or more, zero or more, and zero or one occurrence.) The mortal tag, on the other hand, must always be empty.

The third line declares the name element to have an attribute named lang; this attribute can have either of the two values “latin” or “greek” and defaults to “latin” if it’s not specified.

A validating parser can be given a DTD and a document in order to verify that a given document is valid, i.e., it follows all the DTD’s rules. This is quite different from HTML, since web browsers have historically had very forgiving parsers, and so relatively few people make any effort to write valid HTML. This looseness means that code to render HTML text is full of hacks and special cases; hopefully, XML won’t fall into the same trap of leniency.

This article doesn’t cover all of XML’s features—I haven’t discussed all the possible attribute types, what entities are or that XML uses Unicode, which enables XML processors to handle data written in practically any alphabet. For the full details of XML’s syntax, the one definitive source is the XML 1.0 specification, available on the Web at the World Wide Web Consortium’s XML page (see Resources). However, like all specifications, it’s quite formal and not intended to be a friendly introduction or a tutorial. Gentler introductions are beginning to appear on the Web and on bookstore shelves.

Why Does XML Matter?

XML will most likely become very common over the next few years. Many new web-related data formats are being drafted as XML DTDs; three examples are MathML for specifying mathematical equations, RDF (Resource Description Format) for classifying and describing information resources, and SMIL for synchronized multimedia. There are also individual efforts to define DTDs for all sorts of applications including genealogical data, electronic data interchange and vector graphics; the list is growing all the time.

XML isn’t primarily a competitor to HTML. The World Wide Web Consortium is planning to base the next generation of HTML on XML, but HTML as it currently stands isn’t going to disappear anytime soon. Many people have already learned HTML and are happily using it; they don’t particularly want or need the ability to create new markups. There are millions of existing HTML documents now on the web, and converting them to XML would take a long time; many documents may never be converted.

XML is going to be very significant, and XML support will be very common. The next versions of the Mozilla and Internet Explorer browsers will each support XML and will use it internally in various ways. More and more new data formats are written as XML DTDs. The argument driving this is simple laziness: if XML is available on every platform, and if its capabilities are suited to the task, then using XML will save time with little effort, which is always a persuasive argument.

In addition, XML will be easily accessible to programmers. James Clark’s Expat parser (see Resources) is high-quality code and is freely available under the terms of the Mozilla Public License. I wouldn’t be surprised to see future Linux distributions coming with Expat as part of the base system. Interfaces to Expat for scripting languages such as Python, Perl and Tcl are already in development and will probably have been finished by the time you read this. Soon, adding XML parsing to a program will be as easy as adding from xml import parsers or use XML::Parser to your code.

Andrew Kuchling works as a web site developer for Magnet Interactive in Washington, D.C. One of his past projects was a sizable commercial site that was implemented using Python on top of an Illustra database. He can be reached via e-mail at akuchling@acm.org.

Linux Programming Hints
Linux In The Real World: Linux Serving IKEA
Yellow Dog Linux on the iMac
a stripped-down version of SGML famous SGML-based language using XML will save time with little effort XML is available on every platform XML looks a lot like HTML XML will be easily accessible to programmers. 2021-06-19
Linux India

Tagged with: a stripped-down version of SGML famous SGML-based language using XML will save time with little effort XML is available on every platform XML looks a lot like HTML XML will be easily accessible to programmers.