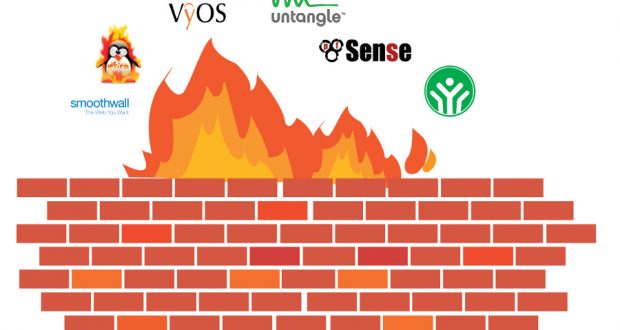 When I try to boot, either from floppy or CD-ROM, my computer does a soft re-boot partway through the process. It doesn’t even make it to the screen which asks if you have a color monitor, although I suspect it gets close to that point. I’ve tried running the boot disk on my kid’s computer and it works fine. There is not a lot of difference between my computer and my kid’s, but here are a few:

Any thoughts? Thanks for any help you can give me.

It sounds as if the kernel doesn’t care for your video card. This is highly unusual, but it may be the case. Try a different video card to see if it helps. You might also try the boot disks from Red Hat 5.0 to see if a newer kernel helps with the problem. If so, you may have to use the newer version.

While using XFree86 3.3.1, it will crash unexpectedly and return the following message:

Sometimes, instead of Caught signal 4, it returns 11, but the rest of the message is the same. This usually happens when I’m opening or using a program.

This may point to a faulty memory chip. Try stress testing your system, e.g., by compiling a huge package with optimization, such as your usual kernel compile. If a similar thing happens, it’s the memory.

This is usually indicative of a hardware problem. You should take a look at http://www.bitwizard.nl/sig11/ for information on how to determine if this is the case and how to fix it.

Damage After a Crash

My /var partition filled to 100% recently (I installed some alpha software that bombed 40MB of logs), and basically, I crashed. On reboot, there was damage to the file systems, so I know some things are broken.

My <path>/lost+found directories contain some chunks of data after running fsck, and I assume I can do something to discover what has been damaged and reinstall those packages. How do I do that?

The specific problems I’m now having are:

First, you can go to the lost+found directories and use the file command to see what type of data they are. Then use an appropriate viewer to look at the file. For ASCII text you can use more, less, etc. For files of type “data”, a good way to figure out what they are is to run strings filename | less to look at any strings that appear in the file. Those strings may yield some clues.

The next thing you’ll want to do is run rpm -Va on your system. That will tell you about any files existing in your RPM database that have changed in any way. Some of them are normal (things in /dev, for example), but it should be easy to tell what else has changed. Look at the man page for RPM (man rpm) for an explanation of the Va output. Once you find files that have changed or are missing, you will want to fix them. The best way is to reinstall the package completely.

Both of your problems will probably be fixed by going through the above steps.

In order to change the mode in which X will be running, you need to change the XF86config file, generally located in the /etc/X11 directory. This file contains important information about your X server, such as the horizontal/vertical frequencies supported by your monitor. Editing this file by hand can be tricky, so I suggest you:

I bought an HP NetServer Pro (Pentium Pro) to run a multi-serial port (DigiBoard Xem 16 RS232 ports). I loaded in the 2.0.30 kernel sources from InfoMagic and recompiled the kernel to recognize the DigiBoard. I used a boot disk to boot-up Linux, but it didn’t work. Each time, it hangs, and the error message returned is “vfs: kernel panic… etc.”

The original kernel on the boot disk works, but any recompilation of the kernel causes that error message. The DigiBoard module is loaded properly before the error appears.

I need to set the machine up urgently, and yet I’m stuck. I need help. Thank you.

Unfortunately, what you’ve described seems to be a hardware problem (bad cache, bad memory). You say that you can run any precompiled kernel, but if you try compiling yours (or any other huge program), you end up with a “got signal 11…” message.

I would suggest turning off the cache or removing some of the memory, then try compiling once more.

I am setting up a firewall and masquerade at my office to service approximately fifty workstations. The masquerade will be used to allow multiple users to access the Internet with a private IP addressing scheme (10.0.0.0\8), and the firewalling is for added security. I have successfully implemented masquerading in both a test and production environment; I have been successful with the firewall only in a test environment.

The problem in the test environment is when I change to the /sbin/init.d directory and attempt to execute firewall list, I get a “command not found” error. The firewall script is present in that directory. firewall start and firewall stop also will not execute.

Any suggestions on where to go next would be appreciated. Thanks,

It sounds like your current directory isn’t included in your PATH. You can either set your PATH to include the current directory (generally a bad idea for root) or just prepend the command you want to run with ./, for example, ./firewall stop.

Adding an Ethernet Driver to the Kernel

My Ethernet card was installed improperly. How do I add a new Ethernet driver into the kernel? I mean, how do I recompile the kernel to include the new driver?

As root, go into /usr/src/linux, run make menuconfig and when you’re done, make zImage. The new kernel is then in /usr/src/linux/arch/i386/boot/. Put it somewhere else, such as the / directory, preferably with a new name, then configure and run LILO. (You should keep your old kernel in lilo.cfg in case the new one has problems.) Reboot.

Edit the file /etc/issue or /etc/motd with your favorite editor. No, you don’t need to be in single-user mode.