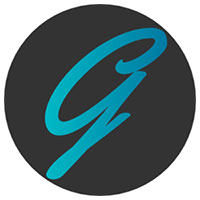 The subject of this week’s Linux Picks and Pans is a representative of a less well-known computing platform that coexists with Linux as an open source operating system. If you thought that the Linux kernel was the only open source engine for a free OS, think again. BSD (Berkeley Software Distribution) shares many of the same features that make Linux OSes viable alternatives to proprietary computing platforms.

GhostBSD is a user-friendly Linux-like desktop operating system based onTrueOS. TrueOS is, in turn, based on FreeBSD’s development branch. TrueOS’ goal is to combine the stability and security of FreeBSD with a preinstalled GNOME, MATE, Xfce, LXDE or Openbox graphical user interface.

I stumbled on TrueOS while checking out new desktop environments and features in recent new releases of a few obscure Linux distros. Along the way, I discovered that today’s BSD computing family is not the closed source Unix platform the “BSD” name might suggest.

GhostBSD is a pleasant discovery. It has nothing to do with being spooky, either. That goes for both the distro and the open source computing family it exposes.

Keep reading to find out what piqued my excitement about Linux-like GhostBSD.

The Lumina desktop can be installed manually on a few compatible Linux distros. I wrote about that in my initial review of Lumina’s potential for Linux. However, the Lumina desktop in Linux is still not readily available without heavy-duty tinkering.

Lumina is the default desktop for a few BSD projects, so my initial hope for this week was to review TrueOS, a BSD project running the Lumina Desktop natively. Ken Moore is the founder and lead developer of the Lumina desktop environment and a developer with the former PC-BSD project that became TrueOS.

Alas, TrueOS has been discontinued as a standalone release with the Lumina desktop. Today, TrueOS is a platform for building other operating systems.

The Lumina desktop is a part of Project Trident. Still wanting to take a closer look at the redesigned Lumina 2.0, I hoped to check it out via the Project Trident BSD release.

That approach failed. I could not get Trident to install. It does not have a live session ISO and balked at installing on my test computer’s hard drive or in a virtual machine.

This brief foray into a Linux-like alternative piqued my curiosity about other open source alternatives. So I looked at GhostBSD for this week’s Picks and Pans review.

When I started asking around community support boards about various BSD distributions, recommendations for it were quite positive. However, I could not delve into the Lumina desktop as originally planned with TrueOS and Project Trident.

Previous releases of GhostBSD offered two desktop choices: MATE and Xfce. The latest release is only available with MATE, though, which is an extension of the old GNOME 2 desktop. Still, MATE is an interesting user interface to compare BSD to traditional Linux distros.

The live session format makes it easier to try out than other BSD offerings. I found the live session experience to be a bit clunkier than a full hard drive installation, however. 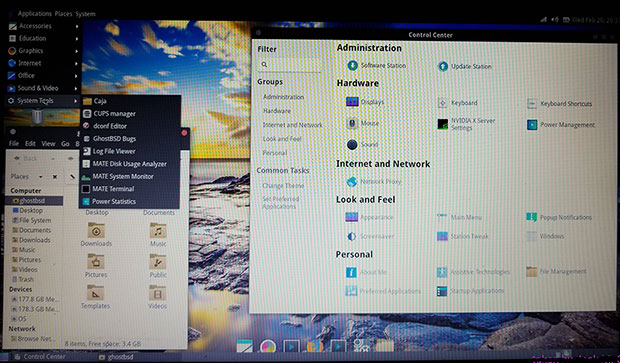 GhostBSD is an operating system developed by French Canadian Eric Turgeon. He created this BSD distro to create a GNOME-style distro of FreeBSD. Its target use is to perform casual tasks. Its focus is mainly on helping Linux and Windows users get familiar with BSD.

The distro’s name is formed by heavily borrowing from that design goal. It stands for (G)nome (host)ed on Free(BSD). The original pronunciation emphasized a three-syllable sound pattern as in ‘G’ ‘host’ ‘BSD’, according to comments Turgeon posted as part of an online Question and Answer session.

Anyone familiar with earlier GNOME desktop designs or the MATE desktop itself will feel right at home with GhostBSD. The only snags will come from the system usage procedures regarding software management.

The desktop design sports two panels plus an optional docking bar, or Plank. The background images include a stunning collection of nature photos. 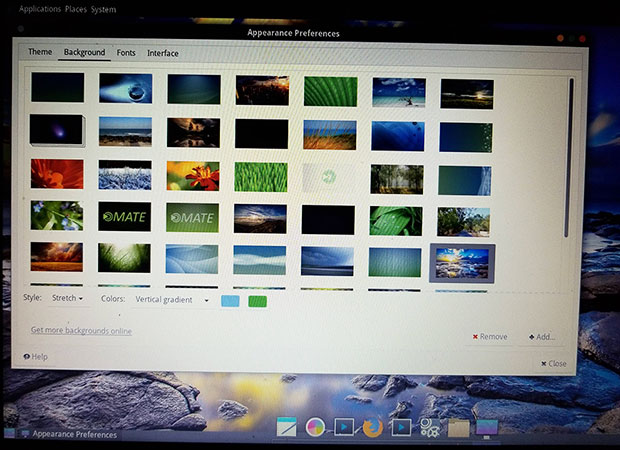 GhostBSD does not skimp on providing an attraction collection of background images.
– click image to enlarge –

The bottom panel holds the Show Desktop button in the far left corner. The far-right edge of the panel is preconfigured with the workspace switcher applet. It comes set with four workspaces. You can adjust the settings easily by right-clicking on the applet and selecting the Preferences option.

The large middle sections of both upper and lower panel bars are empty. You can right-click on the panel to adjust its properties or add a new panel or panel applets.

The Plank sits on the bottom center of the screen. It is optional, but it is worth using as a special docking bar and Quick Launcher for frequently used applications. You also can use it in place of the bottom panel.

Either way, running applications appear as small silhouettes on the bottom panel. They also display their icons on the Plank if it is activated. A small dot appears under the icon docked on the Plank.

Overall, navigating your way around the MATE desktop could not be easier. The Control Panel and other system tools make it equally easy to adjust the settings so GhostBSD will play your way.

The applications themselves in GhostBSD do not differ much, if at all, from their counterparts when running on Linux. This makes it easy to transition from Linux to at least this flavor of BSD.

Of course, someone coming directly from the Windows, OS X or macOS systems will have to get acquainted with the change in nomenclature and the way the applications perform. Even if a new BSD user is familiar with Linux applications of other Linux distros, not all of the included programs will be familiar.

In the case of adopting GhostBD, its use of the MATE desktop brings with it a proclivity for quite a few MATE-specific applications. That same situation no doubt exists with the use of KDE-flavored applications. Some distros in both Linux and BSD include applications keenly designed with that family in mind.

That can be a bit more of an issue with the BSD family of operating systems. BSD has considerably fewer applications than the computing world of Linux. BSD developers have tried to create a Linux compatibility package to run Linux applications on BSD. So far, that is a work in progress.

Other Linux standards included in GhostBSD are the Firefox Web browser, Pidgin Internet Messenger, Thunderbird email client and the Transmission Bittorrent download tool. You also get the CUPS printer manager and an almost current version of the LibreOffice suite.

Overall, aside from the system tools and the installation process, I did not see much not to like in running this BSD operating system. I experienced some annoyance when things failed to work just right, but I felt no frustrations that led me to give up on trying to use GhostBSD or find solutions to mishaps. I could provide a litany of Linux distros that did not measure up that well.

Some lingering problems for which I am still seeking workarounds are why my USB storage drives intermittently are not recognized and fail to mount. Another issue is why some of the preinstalled applications do not fully load. They either do not respond to launching at all, or crash before fully displaying anything beyond a white application window.

I suspect that part of the answer to the USB drive problem rests with BSD not being fully Plug N Play compatible. That is what makes GhostBSD an ideal operating system to dig into and make it more user acceptable.

Check back in upcoming weeks for more insight into running other Linux-like BSD distributions from the realms of FreeBSD, OpenBSD, NetBSD, DragonFly BSD and other distributions.

One last thing: You no doubt know that Tux is the Penguin mascot for Linux. BSD has its own mascot. It is the BSD Daemon or Beastie, a cute-looking demon cartoon creature.