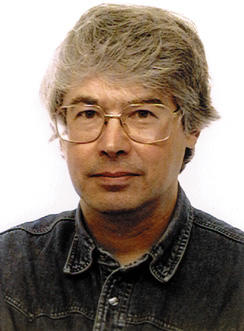 Linux enters the mainstream as companies such as Learning Tree and Caldera offer training courses for Linux. Here Learning Tree tells us why they are doing it.

Adding further weight to the growing acceptance of Linux as an industrial-strength operating system, Learning Tree International, a world-wide supplier of technology training, recently announced a four-day, hands-on course aimed specifically at users and administrators planning to deploy Linux in a commercial environment. We at Linux Journal feel strongly that training courses for Linux will help bring it into the mainstream marketplace. With this in mind, I talked to Chris Brown, Product Manager for UNIX and C/C++ Courses, by e-mail during October.

Marjorie: Tell us something about your UNIX courses and why you decided to begin offering Linux courses.

Chris: Learning Tree has offered a wide variety of UNIX courses for several years, and until recently, most of them used Solaris as a platform for the in-class exercises—some of them still do. However, an increasing number of courses ranging from UNIX Programming to UNIX Security are now taught using Linux.

The company also uses Linux in courses outside the UNIX curriculum, including some of the TCP/IP, networking and web courses.

We had to consider the dilemma of the free software culture versus the non-free Learning Tree training culture. Would people who used free software be willing to pay for their training? Only time will tell. Certainly, if you look at the total cost of ownership, paying for Linux training makes just as much sense as paying for NT training.

John Moriarty, who heads up our product development team, had these comments:

We were rather nervous at first about introducing Linux into the classroom, not on technical grounds, but simply because we wondered how our customers would react. Having paid good money for their training, would they mind finding a free operating system on the machines in front of them? So far, I haven’t heard a single complaint. In fact, some attendees get really fired up to discover that for very little money, they can practice their UNIX skills on a PC at home. We’ve had students who have gone to a store in the evening, bought a copy of Linux, and installed it on a spare machine in class the next day.

Marjorie: What do you find most attractive about Linux?

Chris: Learning Tree’s main reason for using Linux is not, for the most part, because it is free. More important is that it is easy to install. The company has over 2,500 PCs in classrooms around the world and at the start of each week, virtually every single one gets reloaded from scratch with the operating system, applications and software needed for that week’s course.

Dave O’Neal, who runs one of the company’s three development labs, comments:

We’ve put huge amounts of effort into finding ways to load software onto machines quickly and reliably. It wouldn’t be so bad if all our PCs were the same, but they’re not. The bottom line is that once the software is loaded and the machine rebooted, it has to work. There isn’t time for manual reconfiguration or firefighting. We find that Linux is extremely good at figuring out what hardware is out there, loading the right drivers and booting successfully.

Marjorie: Tell us more about what the class offers.

Chris: The course with Linux as its central focus has an explicit mission of promoting the use of Linux within a commercial environment, and we target it specifically for people who need to support Linux in business. In the course, students learn how to install and configure Linux, download and install software from the Internet, build kernels, provide FTP, web and mail services and even how to interoperate with Microsoft.

Learning Tree is a totally independent supplier of training, so we retain the freedom to mention the bad as well as the good things about the products and technologies we teach. Linux consultant Phill Edwards, who authored the Linux course, recalls an incident at the beta test stage:

Some of the other members of the development team were playing around at the back of the room and discovered that it was rather easy to start from the LILO prompt and obtain a root shell without giving the root password. It was rather gratifying to be able to not only point out the loophole, but show students how to fix it.

Chris: Of course there will always be those who are happy to learn Linux by sitting down with the product and a book and playing with it. It is a great way to learn; I originally learned UNIX the same way—except in those days, UNIX wasn’t really a product. Now that I think of it, books weren’t available either—that works fine if you have the time. However, if you need to get up to speed fast, intensive training is a very effective way to do it.

Learning Tree courses are offered in the USA, Canada, UK and elsewhere. Our web site at http://www.learningtree.com/linux has detailed course outlines, prices and scheduling.

Marjorie: Thanks for your time.