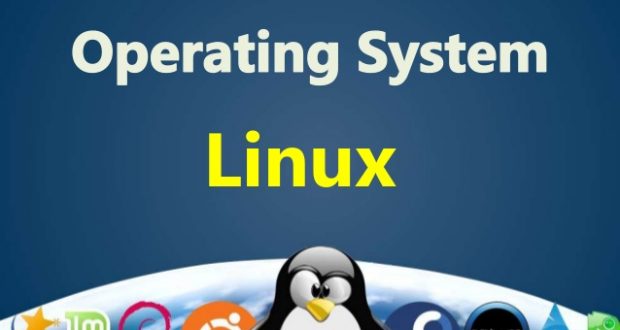 Is there an easy way to connect my laptop running MS Windows for WorkGroups to my PC running Red Hat 5.0? Should I use PLIP, SLIP or something else? —Thomas Svanelind

PLIP is probably the cheapest and simplest networking setup around (although it has limitations), and it is supported by both platforms. —Scott Maxwell, maxwell@pacbell.net

How does someone configure Time Synchronization with Debian 1.3.1? Specifically, I want my Linux computer to get the current time from another computer. —Michael Breton, michaelb@geiger.com

A pair of time protocols is available for use over the network. The easiest choice is rdate, which gives accuracy to within one second. For example, by having this line in my root crontab file, my host “morgana” resyncs with “hyppy” at 10 AM every day:

I am using Red Hat 5.0. I want to use Netscape for mail; however, the SMTP mailer (Sendmail) and the POP3 mailer clash to the extent that some mail is coming into Netscape and some is going to Sendmail, accessed via elm.

I would like all mail to go through Netscape (POP3) via the ISP. How do I stop Sendmail or halt it? Thanks in advance for any help. —Bill Lunnon, bill@mirrim.demon.co.uk

Sendmail is most likely sending out mail using your full host name. When a recipient replies to a message you sent from elm, the reply is sent directly to your computer and not to your mailbox at your ISP. The easiest workaround is to set the Reply-to: field in Netscape’s mail preferences to your correct e-mail address. A better solution is to edit the /etc/sendmail.cf file to set the domain Sendmail masquerades as. This will exclude your host name from mail sent out using Sendmail. —Peter Struijk, info@linuxjournal.com

Somewhere along the line I thought I messed up the file systems under the /home directory (I have a number of user accounts here), so I restored /home using a tar backup file. Ever since then, I have not been able to get information when running various things like finger or whoami.

When I do whoami, I get the following message instead of the alias name: “whoami: cannot find user name for UID 500” where I used to see grb. When I do a finger while logged on as myself or another user, I get this message: “No one logged on” instead of a list of users logged onto the system.

When I type the command ls -al, I get the user ID number and group ID number instead of the login name: e.g., instead of user and group ID both being grb, they have the value 500, which is correct according to what I assigned when originally setting up the accounts. However, I used to see the alias names.

I cannot get the Caldera Desktop to run while logged in as any user, and before, everything ran just fine. When running the startx program—it tries to initialize and I even see a color background—the server bombs and goes back to the /dev/tty screen. Looking at the Xerror logs doesn’t give me any information as to why it is now failing.

I can still start a customized X session with a TWM-type desktop while running the XwinPro PC X package on my PC. I can also run programs on the client X server with no problem. I am at a loss as to what to do to get the system restored or corrected at this point. Can you offer an explanation and a possible fix to this problem? Thank you in advance for any help you may offer. —George R. Boyko, grb99@nni.com

These symptoms sound a lot like problems with permissions. This crops up sometimes when you restore with tar. If you do not set your umask to 0 before doing the restore, then tar will obey the current umask when restoring files. In addition, tar finalizes permissions at the end of the restore process. So, it is possible to end up with incorrect ownership or permissions if the restore is interrupted before completion. If you restored /home by doing a full backup and then stopping it once /home had been restored, you could end up with home directories or other files with wrong ownership or permission bits.

To fix your problem, you will have to check that all of the directories in /home are owned by their proper owners and that the permissions give at least user read and write. Use chmod -R and chown -R to recursively change permissions or ownership of directories.

As for the Caldera Desktop and X, that could be a problem with the permissions of /tmp or /var/tmp. Type:

I use Slackware 3.5. A long time ago, I recall being able to type the word “single” at the LILO prompt. This would immediately drop me into the system as root. It was extremely useful when something wasn’t working. Recently I had a need for it, and it didn’t work.

Did it truly go away? If so, when and why? How can I put it back? Is there some way of specifying the runlevel from LILO? —Walt Stoneburner, wls@wls.wwco.com

Try using linux single. If your default boot configuration in /etc/lilo.conf is not named linux, substitute the proper label.

Similarly, you can specify the runlevel from the boot prompt with linux N, where N is the runlevel number. You should be able to use an append= statement in lilo.conf to do this as well, although it is probably simpler just to edit the /etc/inittab file. —Bob Huack, bobh@wasatch.com

I am using Red Hat 5.1. How do I correct a VSF error message? I recently compiled a new kernel from the newly released Red Hat 2.0.35 source tree.

I did a make dep; make clean; make zImage. Everything went fine during the compile phase. I ran LILO and set up my lilo.conf file to test my new kernel. Now, every time I boot, my system stops and displays:

The kernel tries to mount your root directory from /dev/hdc1 (16:01 is a hex number representing the /dev/hdc1 as major:minor number).

It looks as if you don’t have a valid Linux partition on /dev/hdc1. You should add root=/dev/hda1 (or whatever your root partition is) to the LILO prompt or to the append= line in /etc/lilo.conf. The LILO-mini-HOWTO describes this in detail. —Alessandro Rubini, rubini@prosa.it

I need a little help with hardware. Here is the scenario: I am a networking student at a local college. Besides learning about networking with NT, Windows 95/98 and Novell, I am also learning to speak Linux. I have Red Hat 5.0 and can install it without any problems. My problem is not with installing or running the system (so far), but rather it stems from hardware compatibility, as I would like to run (in different partitions, of course) NT, Windows 95 and Linux (and possibly Novell) on the same machine.

Granted, I could not and would not venture to try to learn all the operating systems at the same time while hoping to maintain sanity, but I will be running a Windows NT server and Linux on one machine and Windows 95 and an NT Workstation on another as I venture to learn one system at a time and put some time into learning Linux in whatever spare time I have.

A contact for a Linux hardware vendor in my area (Miami, Florida) would be awesome. Any help with this will be greatly appreciated. —Tim Rodriguez, twr@bellsouth.net

Lots of NICs and video cards are compatible with both Linux and Windows. I do admit most recent hardware such as video cards may not be immediately supported by Linux (though they come with a Windows 95 driver), but I don’t think you’ll have to wait too long to see them working on Linux.

High-performance graphics cards such as ATI AGP are supported by XFree86, and a version of XSuSE is available for the latest G200 Matrox card. If you want to use up-to-date graphic adapters, you can consider Linux commercial servers such as XiGraphics (http://www.xigraphics.com/) which supports most high-performance adapters.

Previous: smtpd for Preventing Spams and Relays
Next: Introduction to LyX – typesetting tools