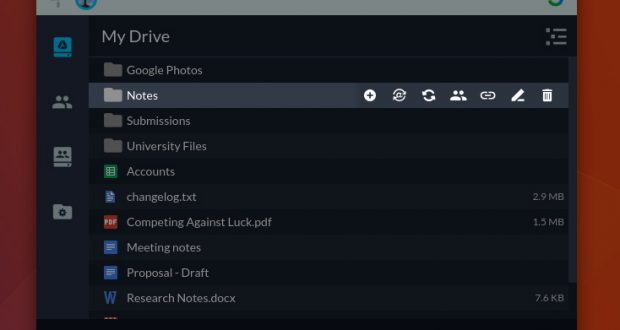 InSync is Bringing OneDrive to Linux

Posted by: Linux India in Linux Support February 20, 2019 Comments Off on InSync is Bringing OneDrive to Linux 40 Views

Linux users will soon have a new way to access and sync OneDrive on Linux.

Insync, makers of a popular third-party Google Drivesyncing client for Linux (and Windows and macOS), have decided to add another string to their bow: Microsoft’s OneDrive cloud storage service.

Microsoft offer a OneDrive basic plan for free. It comes with 5GB of free cloud storage for files, photos and other data. Official OneDrive apps for Windows and macOS, as well as for Android and iOS, make it trivial to manage files across platforms.

But there’s nothing for Linux.

Instead, third-party developers have stepped up to the full the void, engineering practicable solutions to help those who want (or need) to use OneDrive on Linux.

Alas, most OneDrive Linux clients are command-line based tools, such as OneDriver CLI OneDrive, and a fork of it.

Command line tools are great if you’re a competent CLI ninja working from a Terminal most of the time, but less than ideal for those used to GUIs. I know I’m certainly the latter.

Word that <strong “=””>Insync will support OneDrive syncin its next major release is really great news.

The feature will finally give Linux users access to their OneDrive files on the Linux desktop withoutneeding to use command line clients and issue verbose commands.

More feature may be added in future.

You can sign up for the Insync beta now

Although there’s (currently) no official release date for the feature addition but Insync plan to launch a beta testing period soon.

And if you’re keen to be part of that testing period to help kick the tyres on OneDrive support in Insync 3, sign up for the beta at the link below.

Previous: Google Makes Revisions to Avoid Breaking Ad-Blocking Extensions in Chrome, Kali Linux 2019.1 Released, New Version of Cutelyst Is Out, Ubuntu Posts Security Notice for systemd Vulnerability and Applications Open for Outreachy Summer 2019 Internships
Next: The Insights into Linux Security You May Be Surprised About