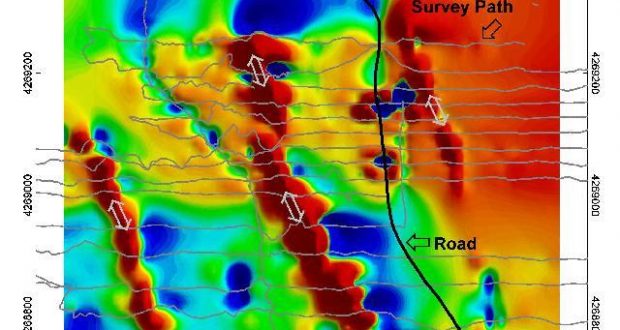 Linux for processing of magnetometer data

Posted by: Linux India in Linux Magazine June 29, 2021 Comments Off on Linux for processing of magnetometer data 16 Views

How the geophysical industry is using Linux for processing of magnetometer data.

Whether searching for gold or oil, or assessing the geologic hazards of a site, geophysics is a high-stakes business. Geophysical exploration involves learning more about the earth’s interior by making measurements at the surface using instruments such as seismometers, gravity meters and magnetometers. At Southwest Research Institute, our team of geologists and geophysicists works worldwide to assess volcanic hazards using geophysical techniques (Figure 1). 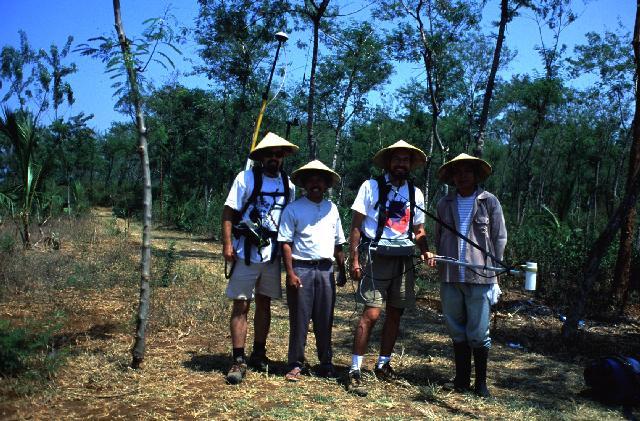 We discovered that Linux provides a robust, low-cost system for visualizing and processing magnetometer data in real time. Application of this real-time, data processing/visualization system enables us to create better geophysical maps for use in volcanic hazard assessments. This technique illustrates the potential for Linux applications in a variety of geophysical surveys. 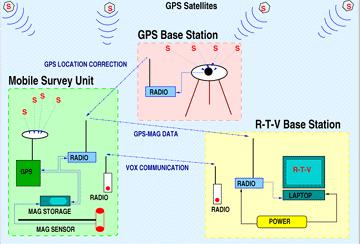 Our magnetic mapping system consists of three components: a mobile instrument platform, a GPS base station and a real-time visualization (R-T-V) base station (Figure 2).

The usual instrument platform includes a cesium-vapor magnetometer carried by one person and GPS and telemetry equipment carried by another (Figure 3), but alternatives are possible. We have made magnetic anomaly maps by securing this instrumentation to a mountain bike and pedaling across the survey area (Figure 4). Currently, we are planning to mount the instruments on an unmanned aerial vehicle (UAV) to fly surveys at low altitudes (Figure 5). This flexibility in survey design becomes possible because all data processing, data storage and data monitoring tasks can be handled at the R-T-V base station. 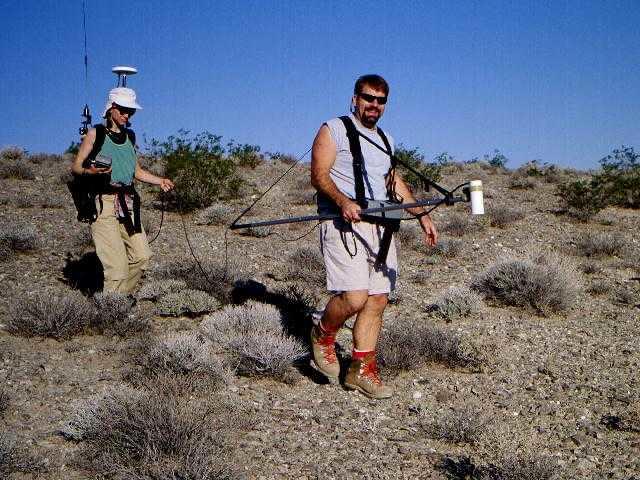 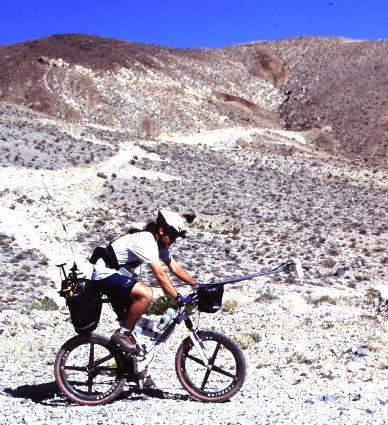 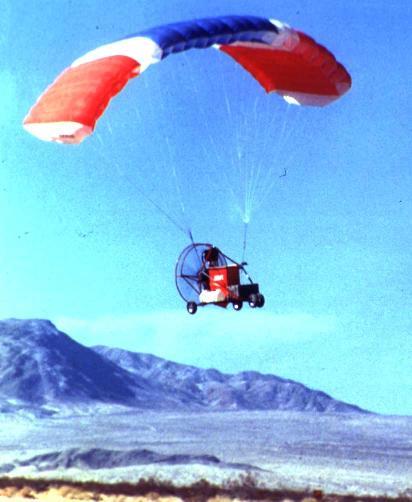 Anomalies in the earth’s magnetic field are produced by variations in the magnetic properties of rocks within the earth’s subsurface. Magnetic surveying is a particularly good method of mapping subsurface volcanic rocks because these rocks have strong magnetic properties. Creating a map of magnetic anomalies helps to locate buried volcanos and volcanic intrusions that are not seen in the surface geology (Figure 6). Therefore, accurate magnetic mapping represents a critical step in determining the volcanic history of a region as part of a volcanic hazard analysis. 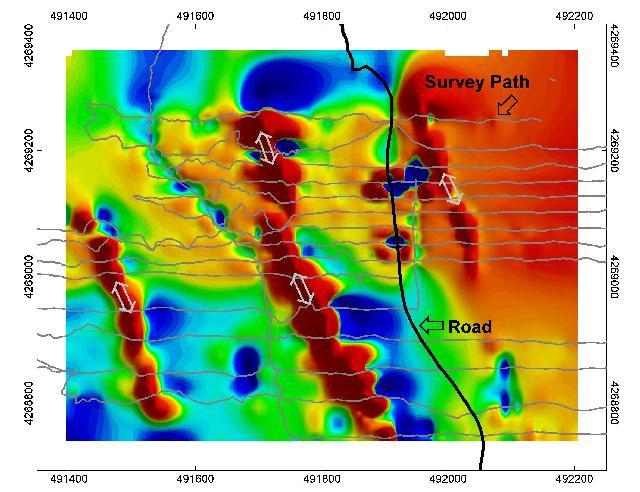 A geophysical instrument called a magnetometer is used to collect the data needed to generate a magnetic anomaly map. Magnetometers measure small changes in the intensity of the earth’s magnetic field. A geophysical survey crew transports the magnetometer across a study area, while continually taking magnetic measurements. During our surveys, the crew also carries a global positioning system (GPS) to track the locations of these measurements. Magnetic and GPS data are radio-telemetered to a base station where software, running under the Linux operating system, is used to visualize the magnetic data as they are collected. This base station also monitors the location of the magnetometer, then processes and stores these data. With real-time visualization, the survey crew gains quick insight into the magnetic anomalies being mapped. Using this information, survey teams can concentrate their time and energy mapping areas that reveal significant details about the subsurface geology. Thus, real-time visualization of magnetic measurements can greatly facilitate the search and discovery process inherent in geophysics.

The cesium-vapor magnetometer is very sensitive, capable of measuring a change of one part per million in the intensity of the earth’s magnetic field. This magnetometer can sample at very high rates, 1Hz to 50Hz. Such high data-collection rates are useful because we interface the magnetometer with a real-time kinematic differential GPS, capable of determining the mobile instrument platform’s position every second to within several centimeters. This high accuracy is accomplished by using a stationary GPS base station to radio-telemeter location corrections to the GPS carried by the mobile survey team (Figure 7). Magnetic readings become interleaved with GPS location readings as the magnetometer’s data collection facility stores the data from both instruments. 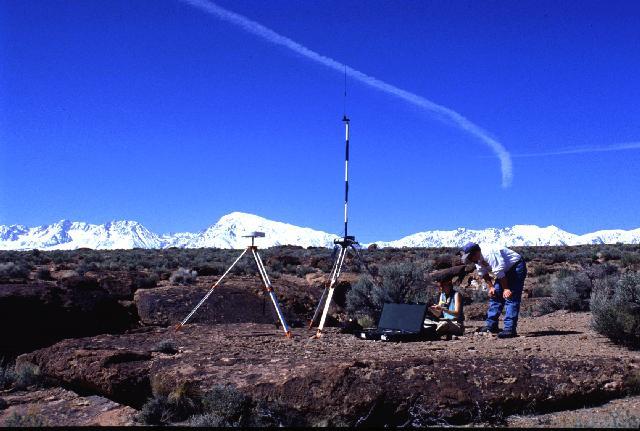 Simplicity and reliability are significant elements of the R-T-V base station. Physically, the base station consists of a 9600 baud, 2 watt radio modem, interfaced via a serial port connection to a 166MHz laptop computer with 24MB of RAM running Linux. The computer and radio are both powered by a 12-volt battery. The radio requires an antenna to provide line-of-site communication, sometimes augmented by a repeater, with the mobile survey team’s radio. The R-T-V base station program waits for data at the serial port and selects, for visualization and processing, only those data strings tagged appropriately by the magnetometer and transmitter radio. Non-tagged or unrecognizable transmissions are discarded.

A number of events are programmed to occur as data arrive at the R-T-V base station: 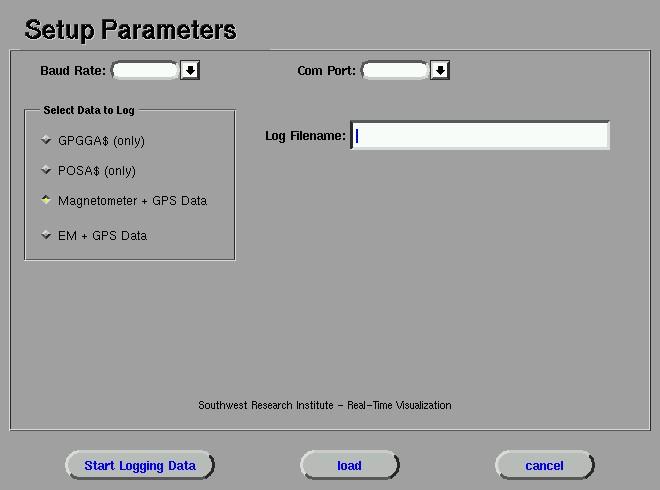 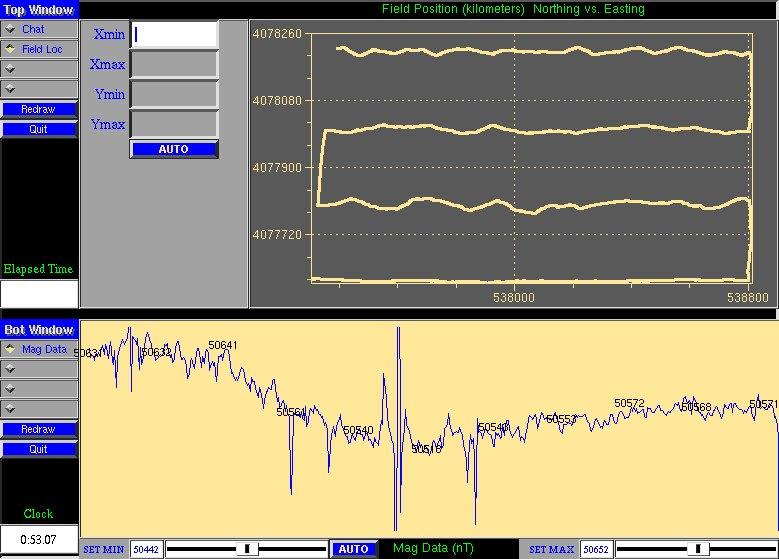 Figure 9. A Look at the Data

XForms, a graphical user interface (GUI) toolkit based on Xlib for the X Window System, was chosen as the GUI builder for the visualization. The use of XForms’ strip-chart object and two-dimensional plot object facilitated rapid program development. The WYSIWYG (what you see is what you get) interactive form designer made it possible to visually construct each layout for the displays (Figures 8 and 9). A timed call-back routine specifies when to check the serial port for data. Mouse events are handled between serial port reads. This allows for simultaneous screen updates and GUI control, with no noticeable delay to the user. During a survey, magnetic reading failure at the magnetometer is indicated by the stopping of updates to the strip-chart display, and an invalid GPS position is indicated by a color change on the two-dimensional location map.

Use of the R-T-V base station has mitigated many of the difficulties that frequently accompany geophysical surveys. Prior to using the R-T-V base station, our surveys relied on downloading saved magnetic-GPS data from the magnetometer for later post-processing and map generation. Post-processing took up to an additional month after returning home from the field before a magnetic map could be realized and the quality of the collected data evaluated. Sometimes the most interesting magnetic anomaly was just meters away from the survey area, but there was no way of knowing this until weeks later after post-processing. Equipment and power failure remain an ongoing frustration when using batteries and multiple cable connections in the desert and other desolate environments. Real-time monitoring allows for quick problem diagnosis by the whole team, not just the one or two team members struggling to complete the survey. This is especially important if the surveyor has little experience with the equipment, the survey conditions are rugged, or the equipment happens to be mounted on a UAV or a bicycle. For example, one common problem is the loss of differential correction transmissions from a GPS base station. When this happens, the mobile GPS receiver cannot calculate accurate positions, and magnetic readings not precisely located are useless. This situation is often not apparent to the mobile part of the survey team. At the R-T-V base station, we specifically monitor differential GPS quality and can alert the mobile team immediately when a problem occurs.

In practice, our Linux system is able to read RF transmissions smoothly, process and feed data to the displays, and write to the data files in a seamless flow. It is even possible to switch to another virtual desktop and perform various editing or file management tasks while the real-time processing is taking place. Switching back to the real-time display is equally smooth. We were quite satisfied with the performance of our R-T-V system. Much of its success can be attributed to the stability of the Linux operating system. Future enhancements include visualizing multiple surveys concurrently, adding color-coded symbols to the location map to indicate magnetic values, loading previous survey information, performing a real-time magnetic drift correction on the data, and processing transmissions from other geophysical instruments.

Laura Connor is currently working on her M.S. in Computer Science at the University of Texas at San Antonio. Laura’s desire to collaborate and Chuck’s interest in innovation inspired the development of the R-T-V base station. The collaboration is successful because of their desire to be way out there as well as an eagerness to make things work.

Chuck Connor, a senior research scientist at Southwest Research Institute, received his B.S. in geology from the University of Illinois in Urbana and his M.S. and Ph.D. from Dartmouth College in New Hampshire. He can be reached via e-mail at cconnor@swri.edu.