Posted by: Linux India in Linux Magazine September 1, 2021 Comments Off on Focus: Training and Certification 0 Views

This month’s feature articles show that even with the additions that accompany hitting the big time, the Linux community has maintained a balance between the scramble for cash and keeping the philanthropic element as far from moribundity as possible.

The market for certification programs for Linux professionals, such as the Linux Professional Institute, Sair and Red Hat’s RHCE, is evidence that Linux has gained a sure foothold in the business and computer-professional world.

However, many Linux enthusiasts feel that as the use of the open-source OS moves into the realm of mainstream business and attracts the development and marketing dollars of large corporations it is losing some of the qualities that make it attractive, that the addition of both big(ger) business and money to the Linux community adulterates what began as a hobbyist’s free, and dare I say ethical, operating system.

The mix of this month’s focus articles on training and certification shows that even with the additions that accompany hitting the big time, the Linux community has maintained a balance between the scramble for “filthy lucre” and keeping the philanthropic element as far from moribundity as possible.

Linux is about accessibility—accessibility to software, code and technical advice and support from the community of users. Unfortunately, most of this support is available only on the Internet. Geekcorps is a nonprofit that takes Linux support, or rather education, to the doors of those who need it most. Ana Maria Harkins, in her article on page 80 describes it as a “Peace Corps for techies”. Their volunteers are presently working hard at making Linux accessible to those in Ghana, and Ana Maria describes what it takes to be, and to train, a Geekcorps volunteer.

An official certification of Linux competence can speed the adoption of the operating system by dispelling the perception that there is a lack of people who comprehend it. “Linux certified” on résumés, clues employers in to the fact that there are people who know it, and at the same time it encourages job seekers to learn it to sharpen the edge on their résumés. As Don Marti says, “Certification programs are a powerful self-reinforcing consensus reality for promoting an OS, even if they don’t teach anything. Any learning you get in the process is pure gravy.”

Tobin Maginnis, president of Sair Linux and GNU Certification, gives some additional good reasons for Linux system administrators to have their knowledge certified (page 84). As he points out, the growing demand for Linux certification is a validation of the work of Linux developers and evangelists to move the operating system into more widespread usage. Maginnis also explains Sair’s methods and vendor-neutral philosophy.

The LPI (Linux Professional Institute) is a dot org that demonstrates the active spirit of the Linux community through its reliance on community input. Richard Morgan, after completing the LPI certification first-level exam, shares his thoughts and comments as to why the LPI process has room for improvement but is still one of the best ways to improve one’s résumé (page 86). 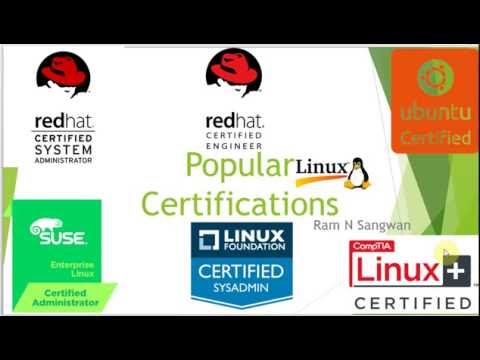