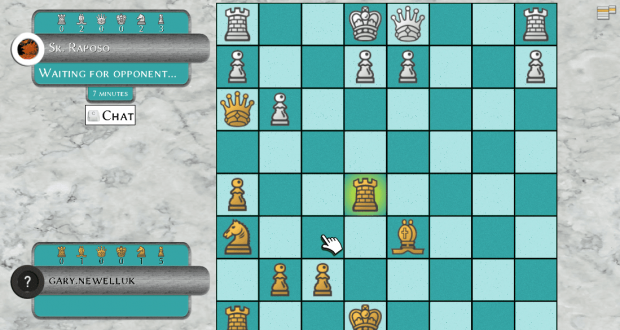 Posted by: Linux India in Linux Magazine June 16, 2021 Comments Off on Chess Software for Linux 57 Views

Once there was a time when chess software for the home was slow, weak and expensive. To find human opponents, you had to go to your local chess club. Today, the situations is different.

Linux offers a host of chess software that provides master strength computer opponents and analysis, and even an interface for playing against people all over the world via the Internet.

The strongest chess programs readily available for Linux (to my knowledge) are Crafty, Phalanx, and GNU Chess. Crafty is the strongest, though Phalanx and GNU Chess play at master strength (with fast hardware). Crafty is available via anonymous ftp from ftp.cis.uab.edu/pub/hyatt/ while Phalanx is available from the standard sunsite (sunsite.unc.edu/pub/Linux/games/strategy/) and GNU Chess can be downloaded from any GNU archive (prep.ai.mit.edu/pub/gnu/). The chess interface of choice (compatible with all three) is known as xboard, though a pretty 3D interface known as GLChess is available (the home page is http://nether.tky.hut.fi/glchess). The most recent version of xboard should also be available from any GNU archive, though an older release probably came with your Linux distribution along with GNU Chess.

Crafty is the “long-time hobby” of Bob Hyatt, whose previous works include Blitz and Cray Blitz. Crafty is a very strong program and is constantly being enhanced. Though you could just download the Linux binary and use it as is, opening books and endgame databases are available from the ftp site, and add much to the playability and strength of the program. You have a choice between 1 MB (small), 30 MB (medium) and 74MB (large) opening books (or, if you like, the monstrous wall.gz which expands to 222 MB). For a basic installation, download the files crafty-14.13.linux, small.zip, start.zip, crafty.doc, crafty.faq and read.me, or the latest source if you want to compile it yourself. Give Crafty its own directory (to store the book, game, position and log files), move the Crafty files there and unzip them. Execute Crafty (if you get a permission denied error, try using chmod on crafty-14.13.linux).

To create the opening book (book.bin) from the file small.txt to a depth of 60 ply (30 moves), type:

The file books.bin should also be created in order to tell Crafty which openings it should (and shouldn’t) play. The file start.pgn contains the necessary data. Just type:

After this brief “installation”, you should have a small, master strength chess program on your Linux box.Performance can be maximized by allocating more memory to the hash and pawn hash tables. I have a 64 MB machine, so I set the options hash=24M and hashp=10M. Crafty configurations can be specified on startup; this means that you can include Crafty’s startup commands in the resource file of your window manager for easier Crafty startup in X Windows.

Crafty can be run through xboard, with the Crafty-exclusive benefit of a splendid analysis mode (compatible with more recent versions of xboard) that allows you to move the pieces for both sides while Crafty rattles off analysis several moves deep (you can use analysis mode without xboard, but it’s not as much fun). In order to start up Crafty through xboard, type:

or you can specify more options such as:

Even though Phalanx, by Dusan Dobes, is the youngest of the three chess programs (it began in ’97) it has managed to become quite imposing; in fact, it is not much weaker than some modern commercial chess software. Phalanx is also fun to play and good for variety, since Crafty, GNU Chess, and Phalanx all have different personalities. Phalanx should compile easily without any errors, and is then immediately functional. It has a small, default opening book, but creating your own from a PGN (pretty good notation) file is easy; instructions are contained in the README file. Phalanx can be used through xboard by typing:

GNU Chess is the classic chess program which has been around for ages on a number of platforms. It is also rather strong and quite fun to play. GNU Chess came with my Slackware and Red Hat installations, and I imagine it comes on other Linux distributions as well, so you may already have it on your machine. It is very fun for blitz chess, especially since with its default opening book it is prone to making original moves which may or may not be very good (this doesn’t matter since it wins anyway). GNU Chess can be played in a console or under the X Window System through an interface. When xboard is executed, by default it loads up GNU Chess and prepares for blitz games of 5 minutes per side. You can, as usual, specify startup options; the xboard man page contains the details.

Chess on the Internet

xboard can also be used to play chess via the Internet, which is an excellent way to find fun opponents of all skill levels.

In order to use xboard to play on an Internet chess server, first set up a SLIP/PPP connection, and then to get to the main free U.S. server, type:

This will connect you to the Free Internet Chess Server (FICS) through port 5000 and open an xboard display so that you are ready to both observe and play games. You will first need to log in, of course, and for this you should choose a handle to use as a guest until you think of one especially clever. To get a list of the games in progress, type:

Then to test the interface, try typing:

to observe game 6 (assuming it exists). Your interface should work and you should see some pieces moving hither and thither; type “unobserve” when you’ve seen enough. The commands are quite simple, and the online documentation is thorough, but if you need help getting started you can ask other players in channel 1. A great many chess servers exist throughout the world, including Grandmaster Dzindzichashvili’s chess.net, the (commercial) Internet Chess Club chessclub.com, and the main European free server eics.daimi.aau.dk; I imagine any of these would be happy to have new players.

Those of us who were made to suffer at the hands of Sargon in the days of the Commodore 64, tormented by the malicious characters of BattleChess, or politely dismantled by Chessmaster, now have the pleasure of choosing a variety of master strength programs to defeat us on our modern machines (the struggle to prove a consistent match to the ever-improving Crafty is being made into a movie, apparently to be called Searching for Holes in Crafty’s Opening Book). However, today’s computers also provide the frustrated chess player with relief that computers did not offer when the Commodore 64 was king: Internet chess, featuring human players, complete with mistakes and oversights that computers don’t make anymore.

Jason Kroll is a student of economics at the University of Washington. He likes music, computers, and chess, and thinks that Linux is the best thing to happen to computers since monitors (or at least since the Amiga). He can be reached via e-mail at hyena@u.washington.edu.